In late November 2013 I traveled alone to Thailand. It was the first time I’d been out of the country by myself in years. On that last trip, to Hungary in 2006, I didn’t even bring a camera because I didn’t want it to interfere with my traveling.

This time I brought a Mamiya 6 medium format rangefinder with a 75mm lens (50mm equivalent on 35mm). The camera was made in 1989, and bought on eBay from Japan. It was my first time using a rangefinder and my first time shooting a vacation on film (Fuji Provia 100F). I’m in love with the colors, and with the super high resolution scans I got of these images (22 megapixels, 13-18 megabytes each).

I also love how deliberate film and slow makes my photography. On a roll of 120 medium format film you only get 12 exposures and you better make them count.

Here are some of the pictures and links to the incredible full resolution scans from North Coast Photographic Services. A few of shots were also taken on my Canon S100 and are marked below.

Wat Pho. Just the very tops of the buildings due to a fairly long lens. 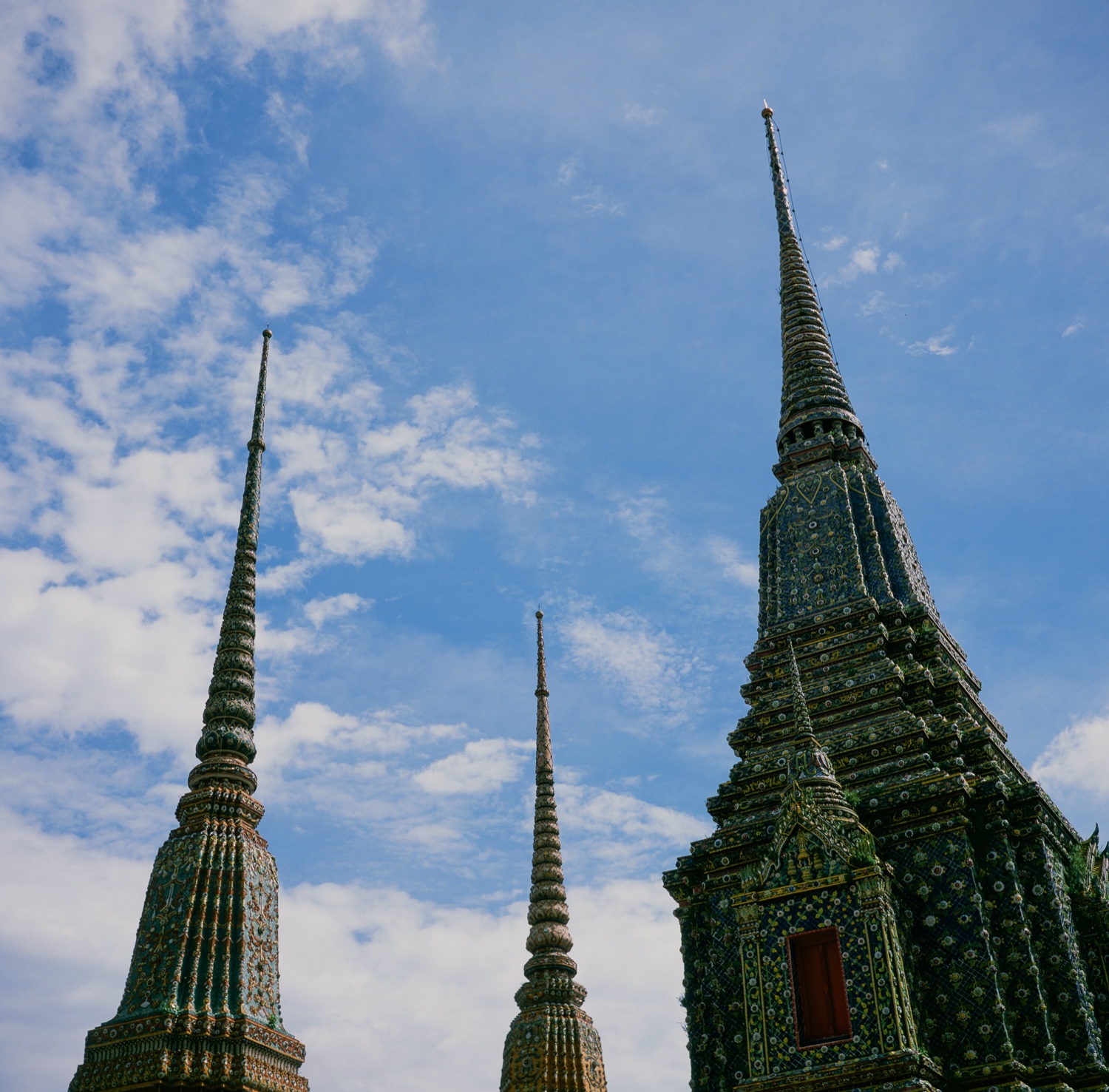 The reclining Buddha. He’s about 100 feet long and covered in gold. Really an amazing sight and it looks phenomenal on slide film. 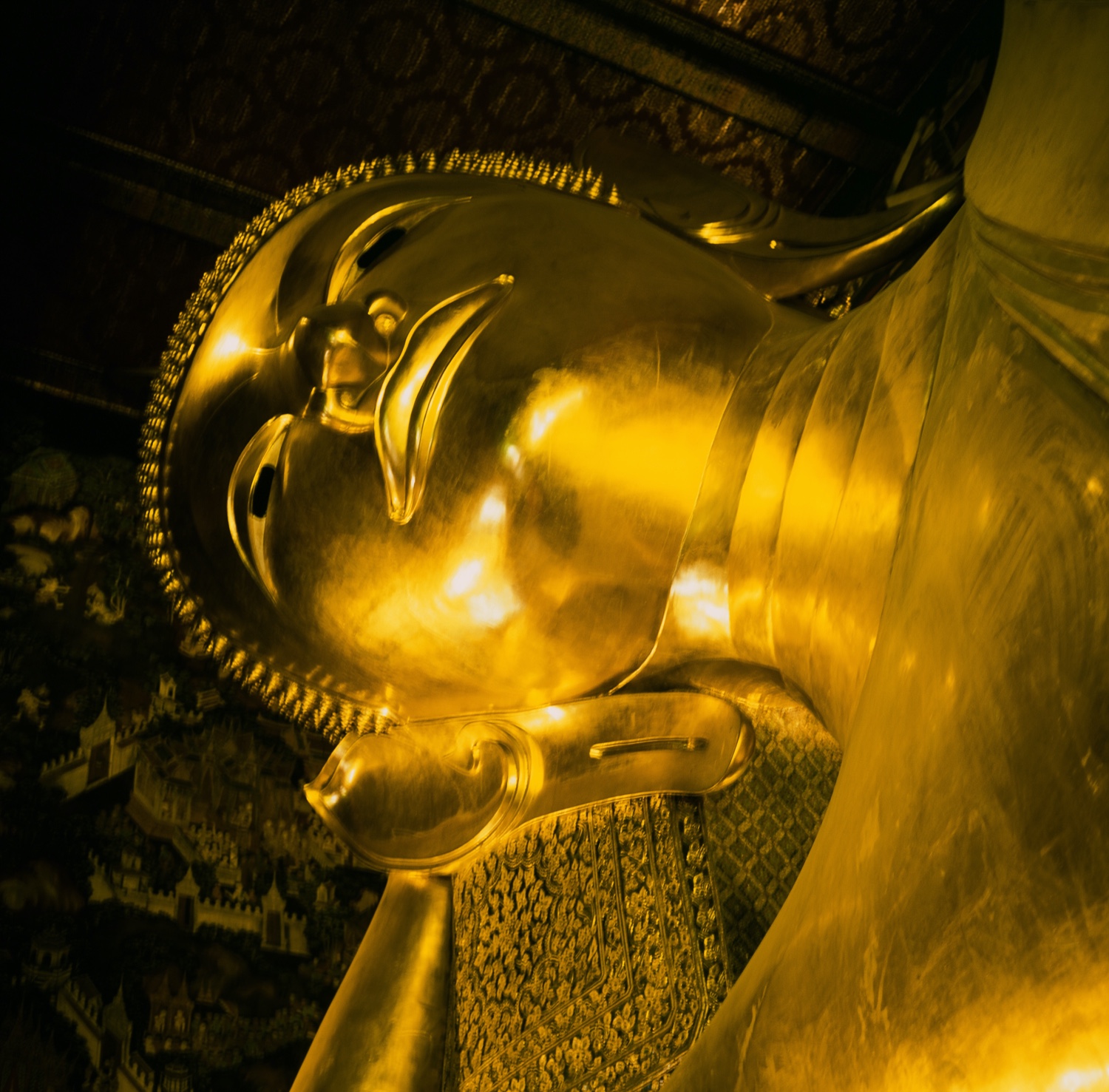 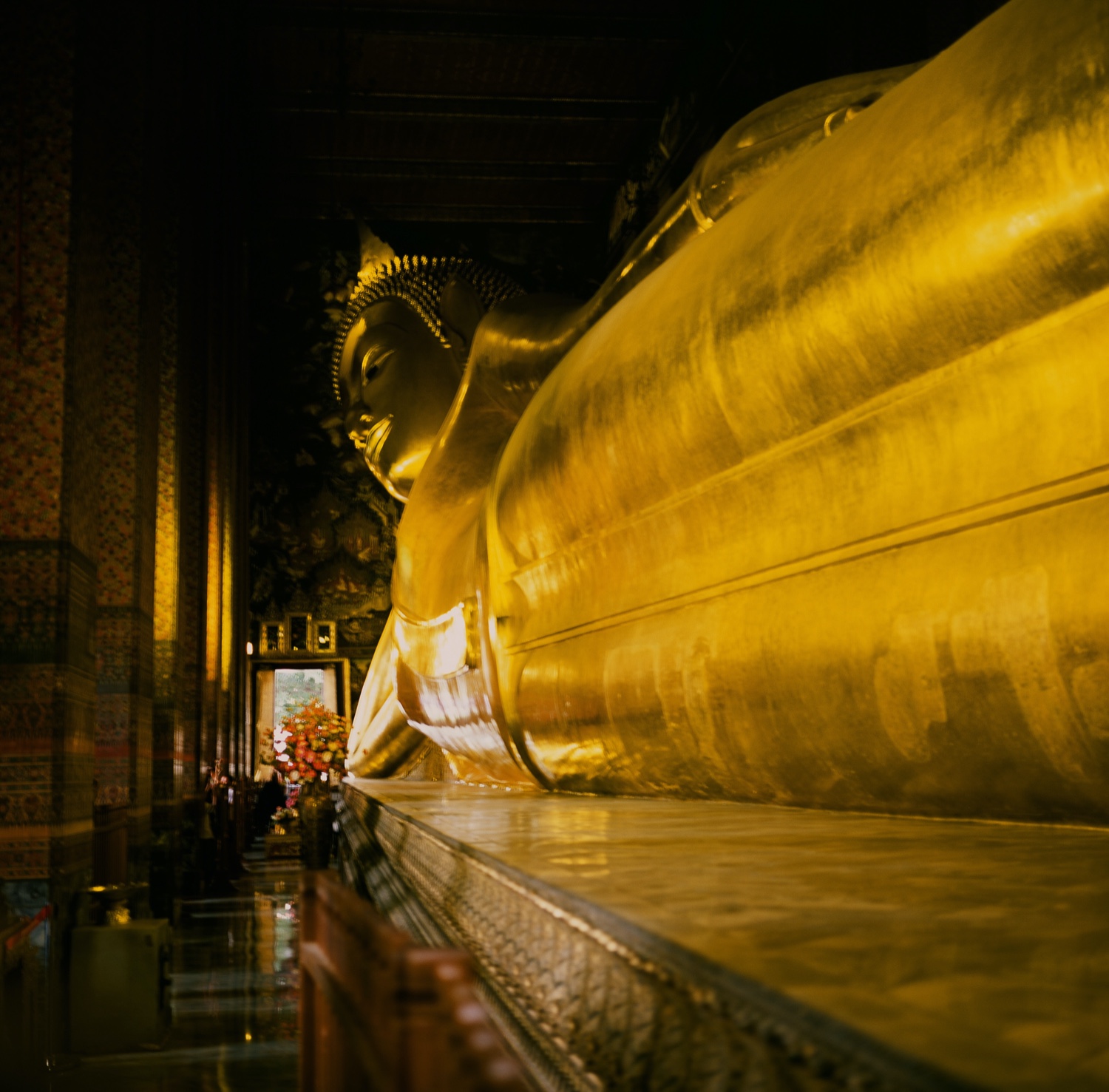 The feet of the reclining Buddha. Inlaid with incredibly detailed mother of pearl. This is a shot of about 1 square meter of his feet – which were at least 50 square meters in total. 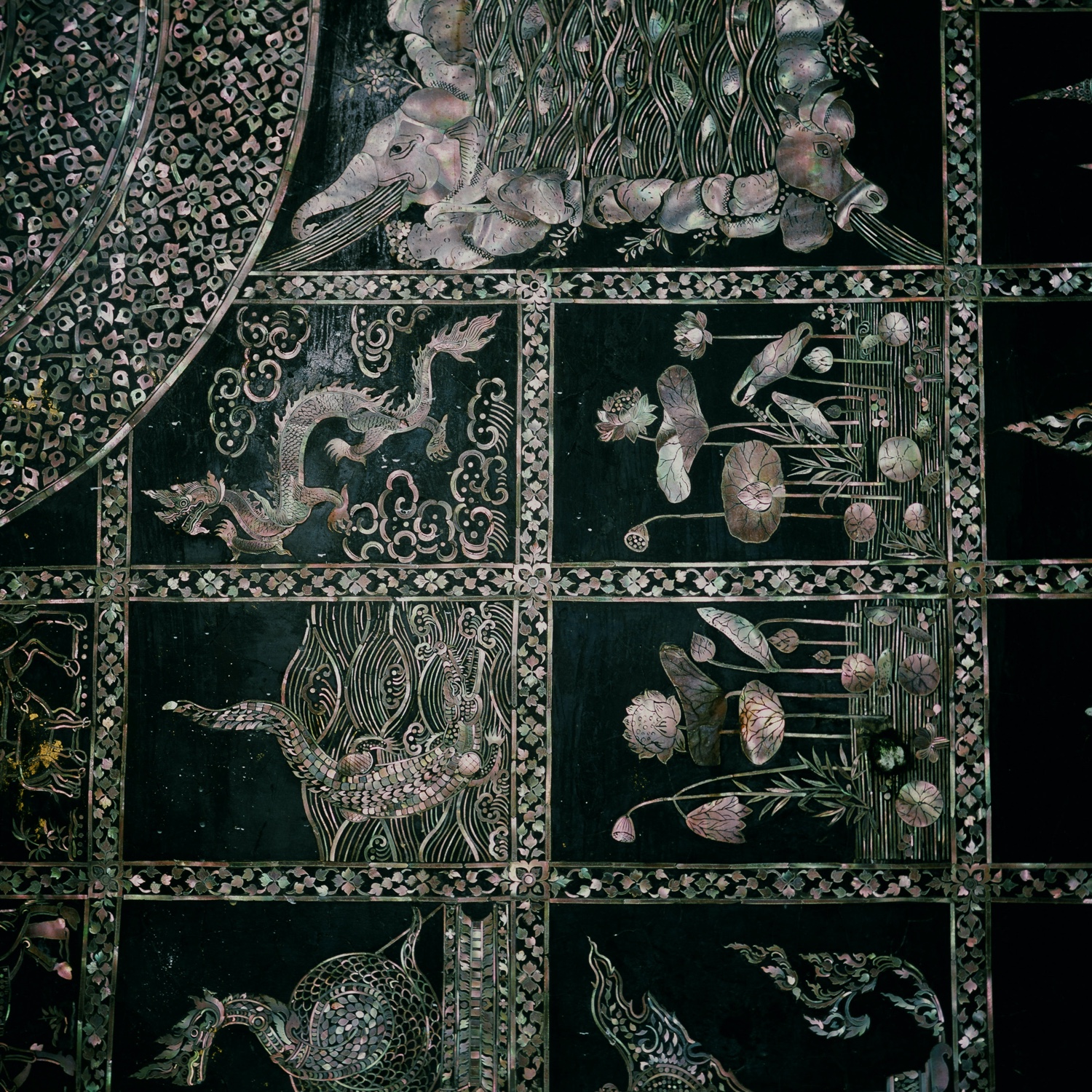 Another shot of Wat Pho. 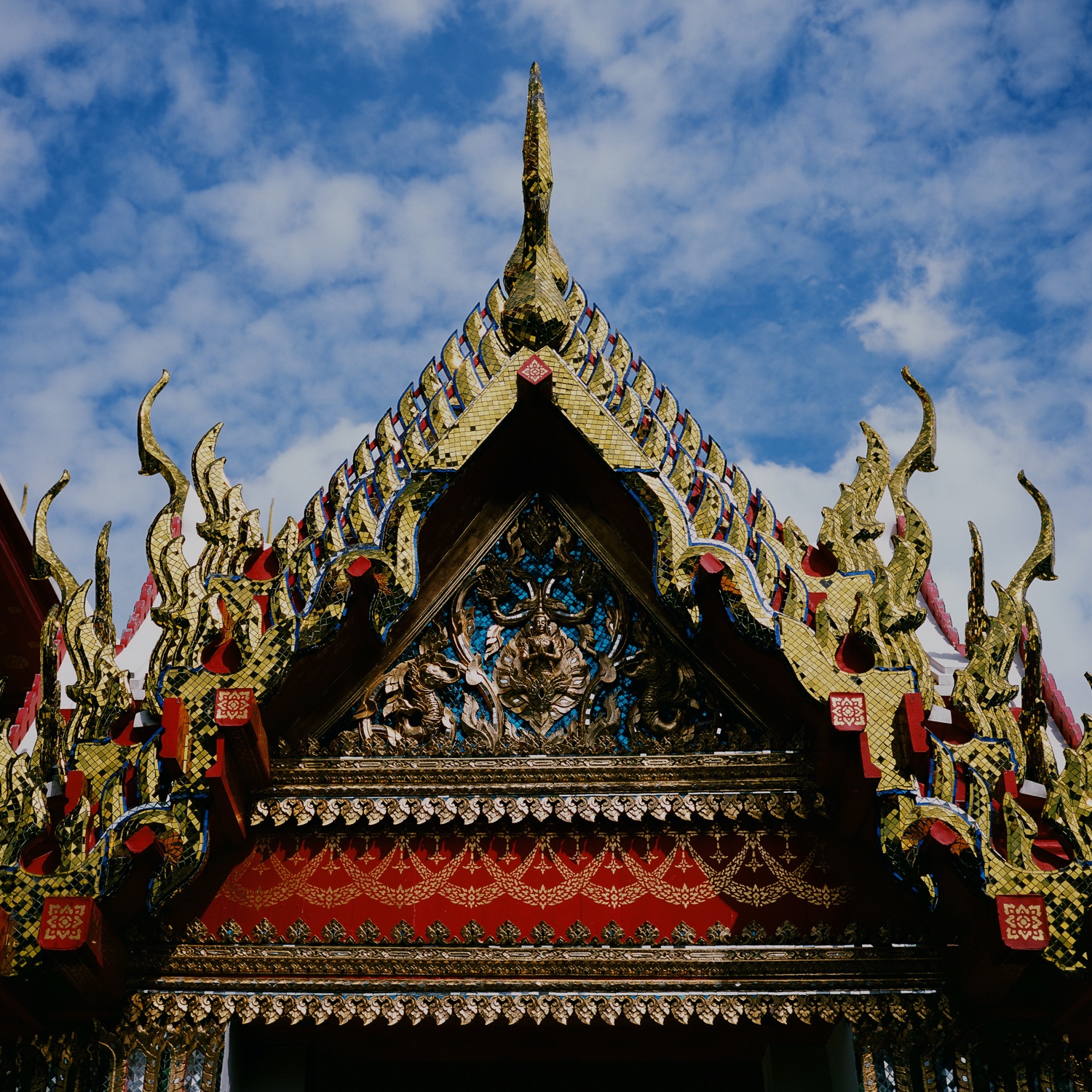 There were hundreds of smaller gold covered Buddhas as well. Each of them is very slightly different from the others. 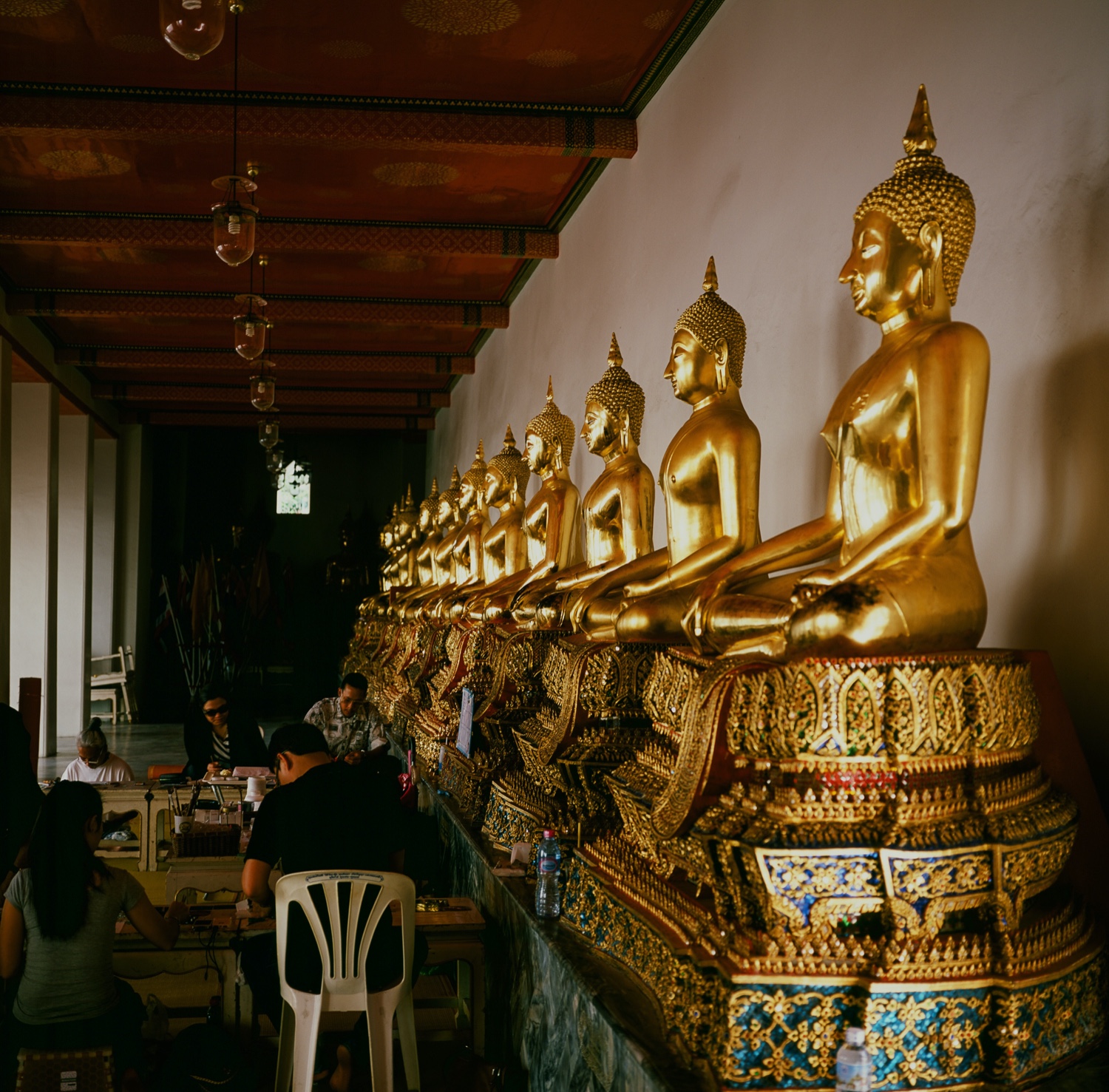 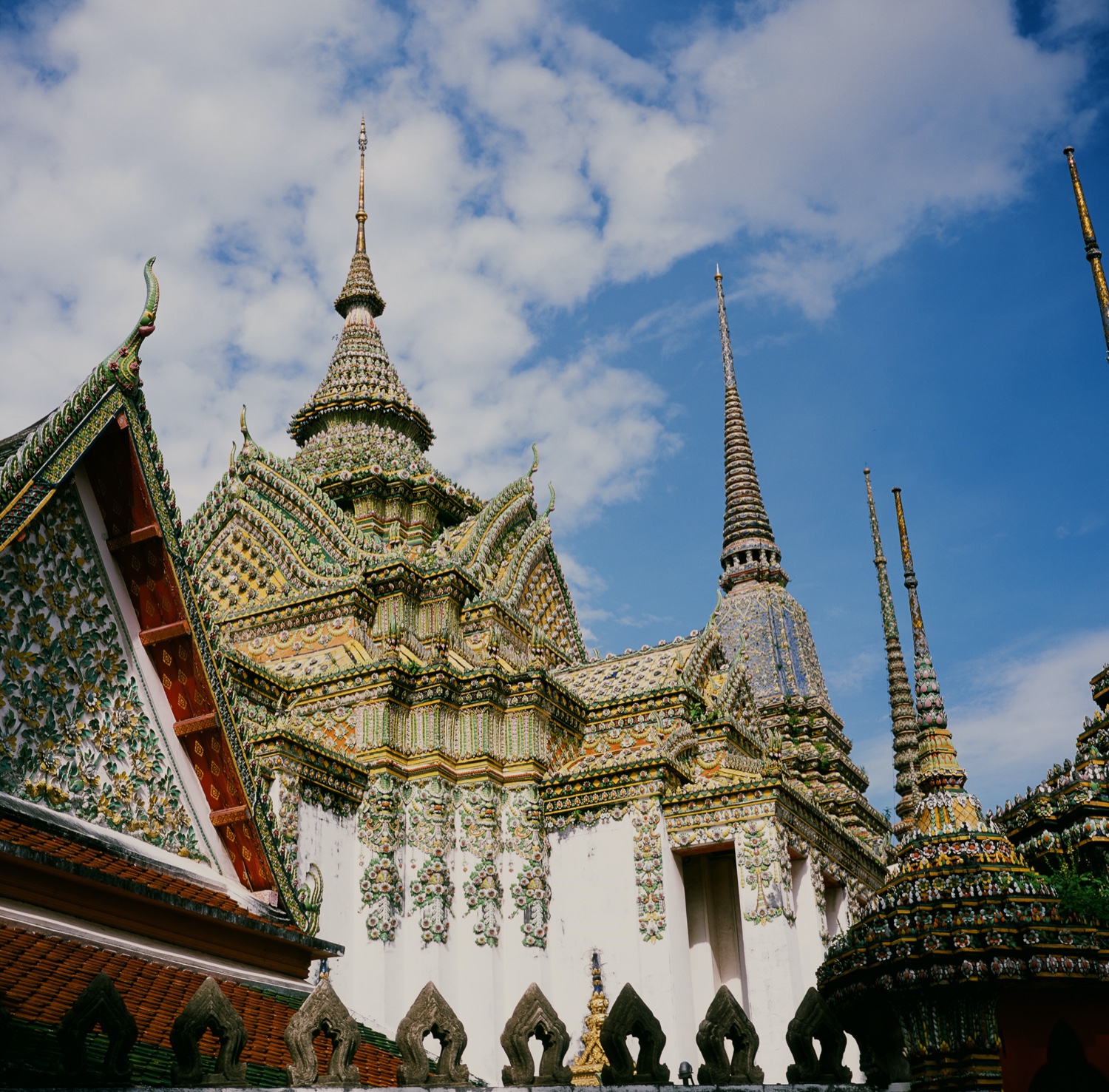 A guard at the royal palace. 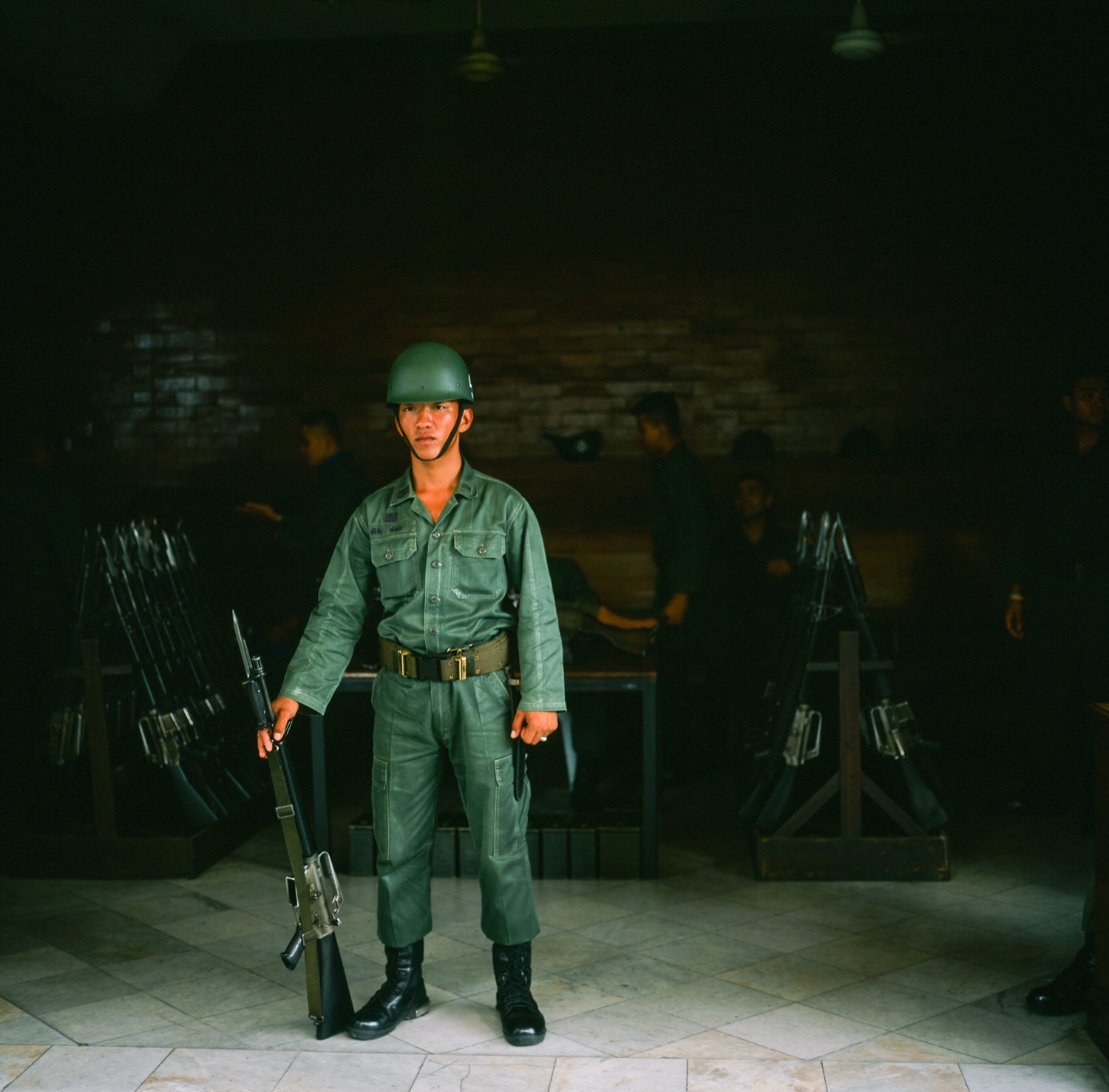 Riding in a Tuk Tuk. 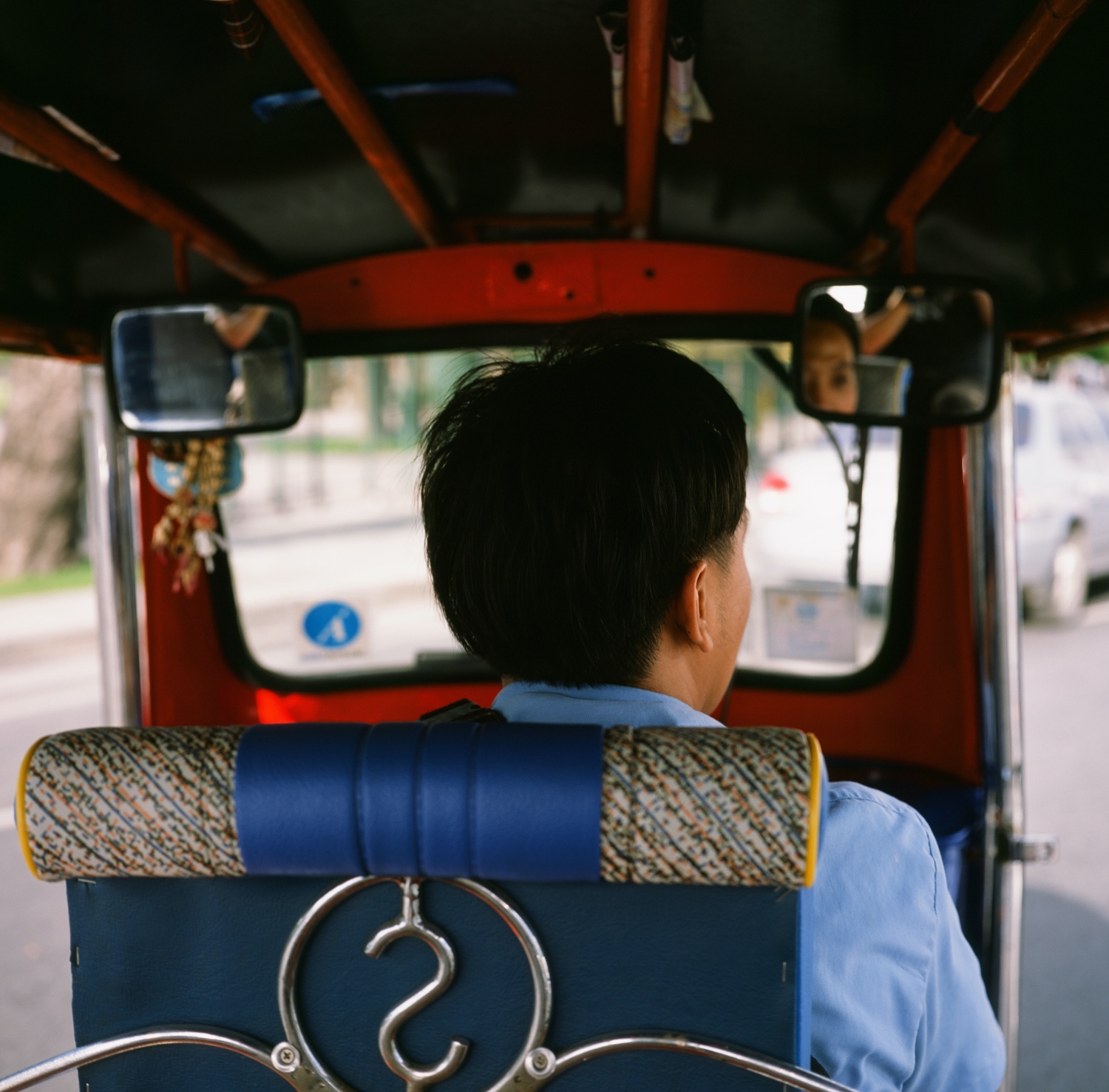 Storm coming in over the Andaman sea. I think the clouds in these shots are phenomenal and show off some of the capabilities of film. 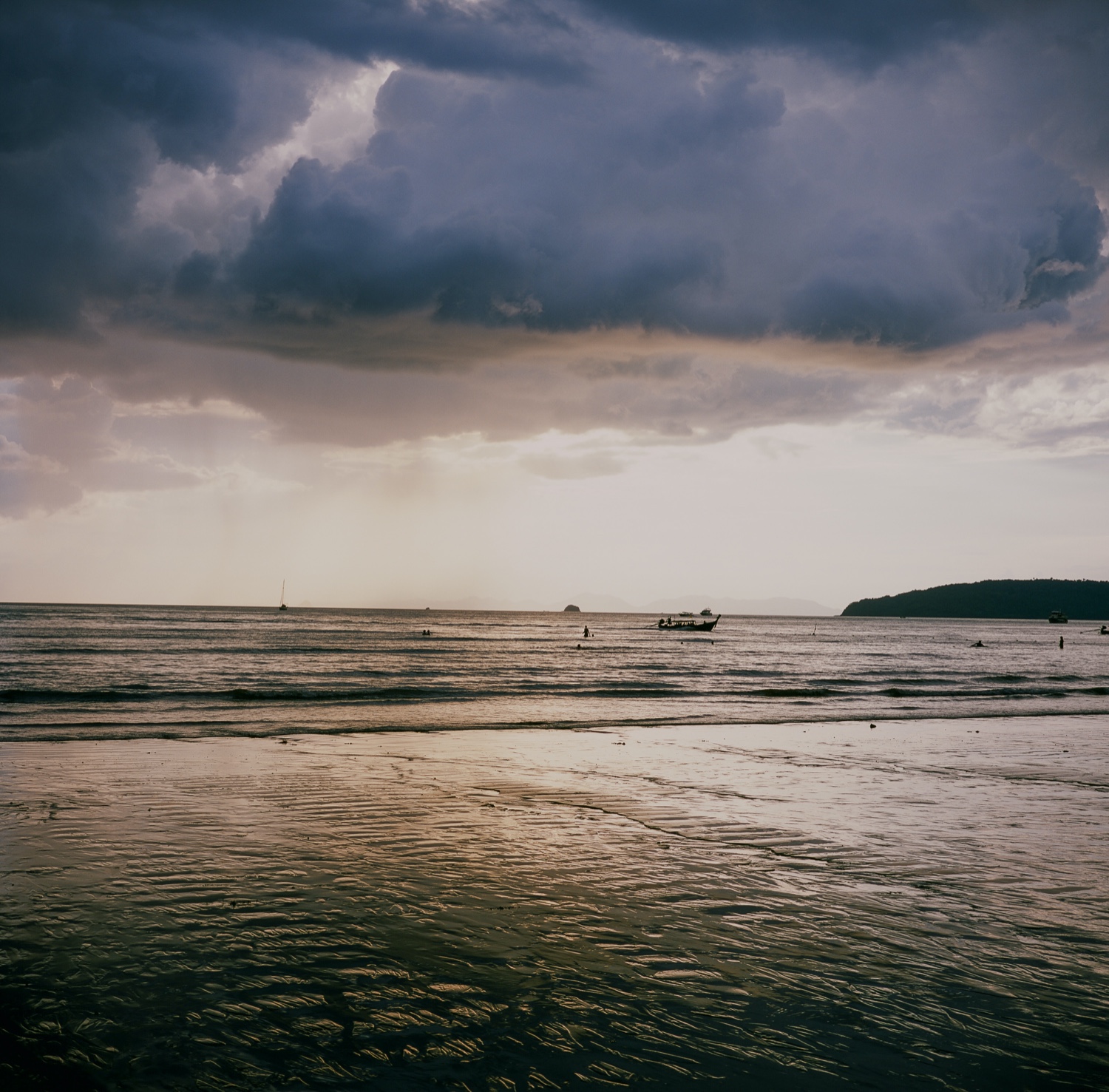 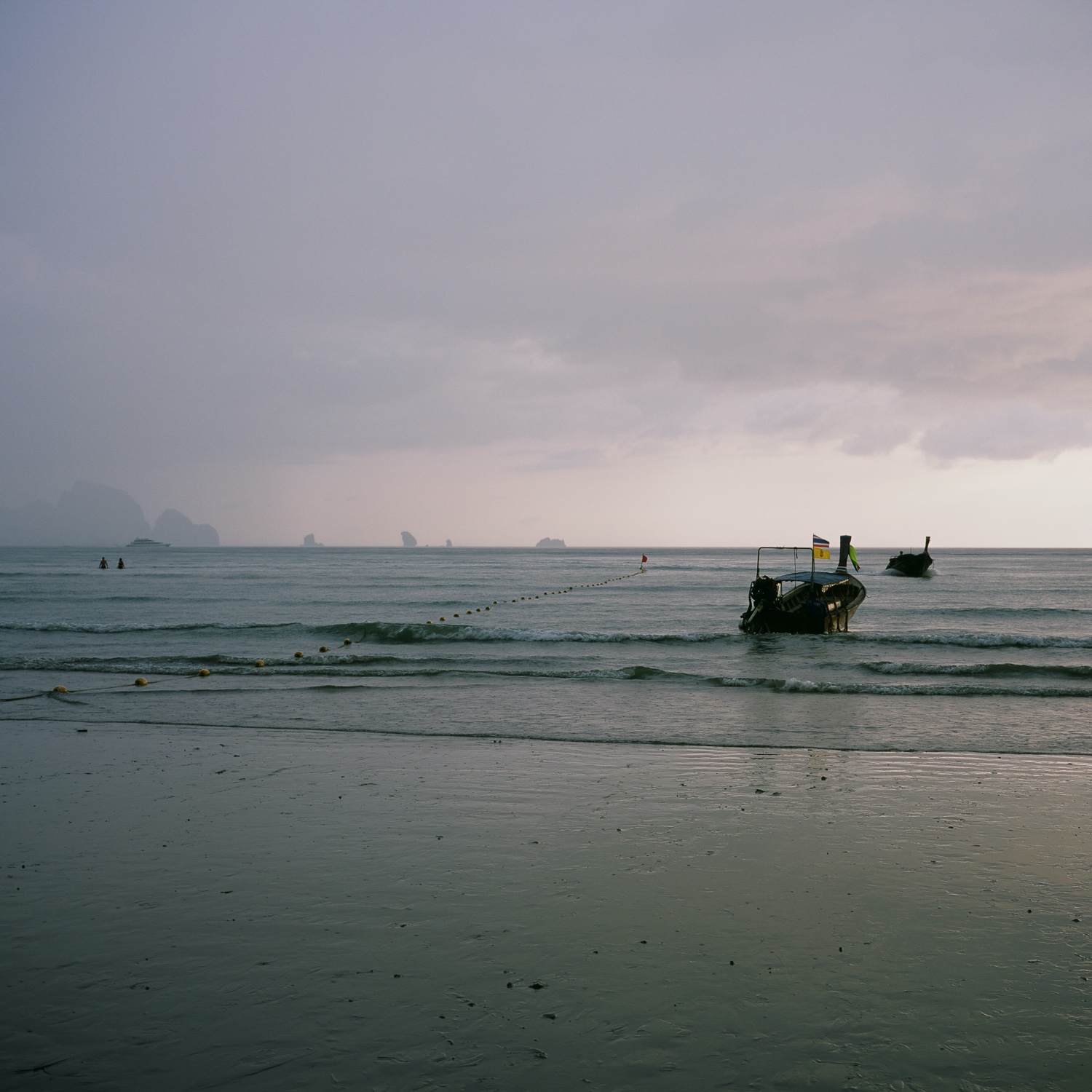 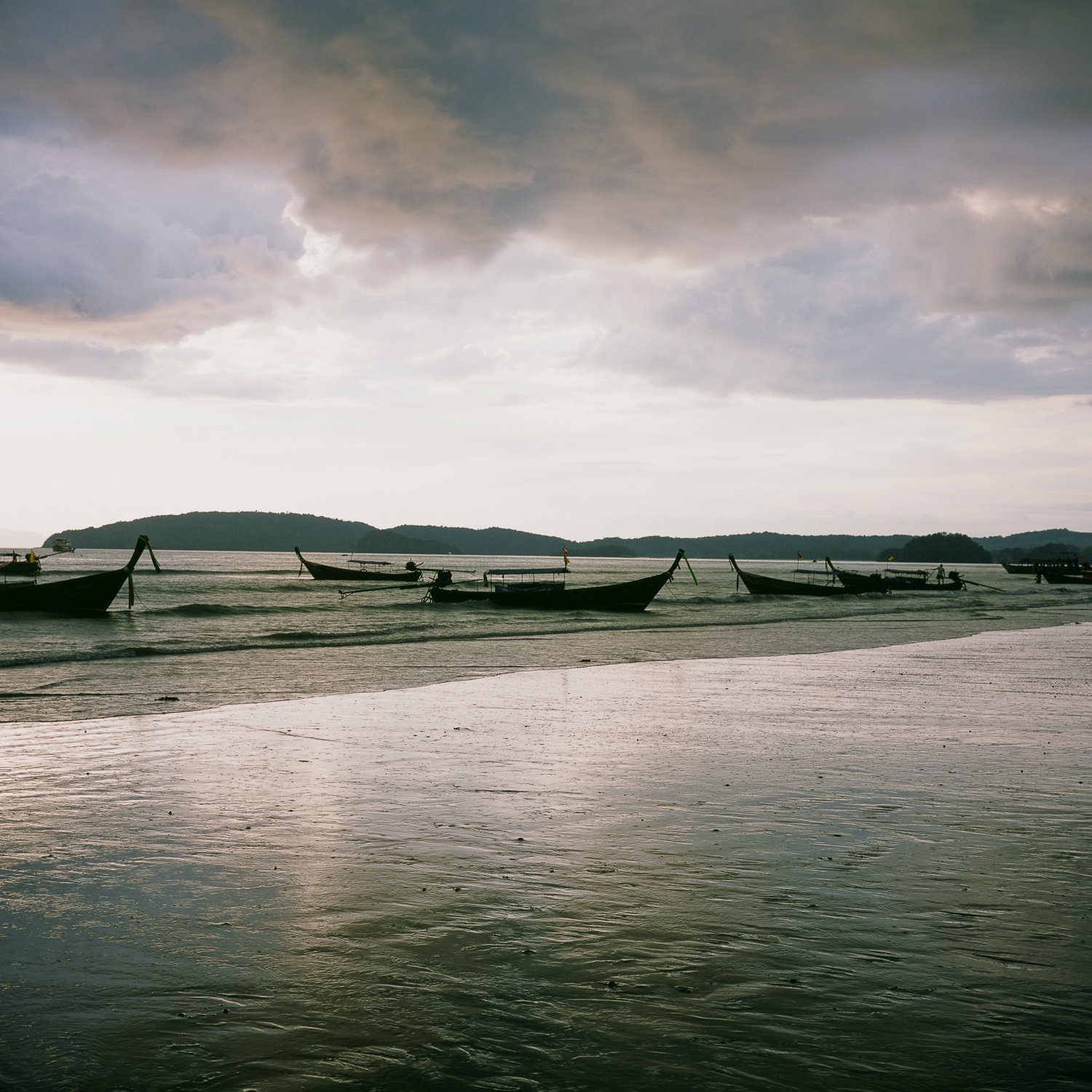 Rainy day in Ao Nang. The leftovers of a typhoon. It rained all night and was very loud even in my windowless room at the guest house. 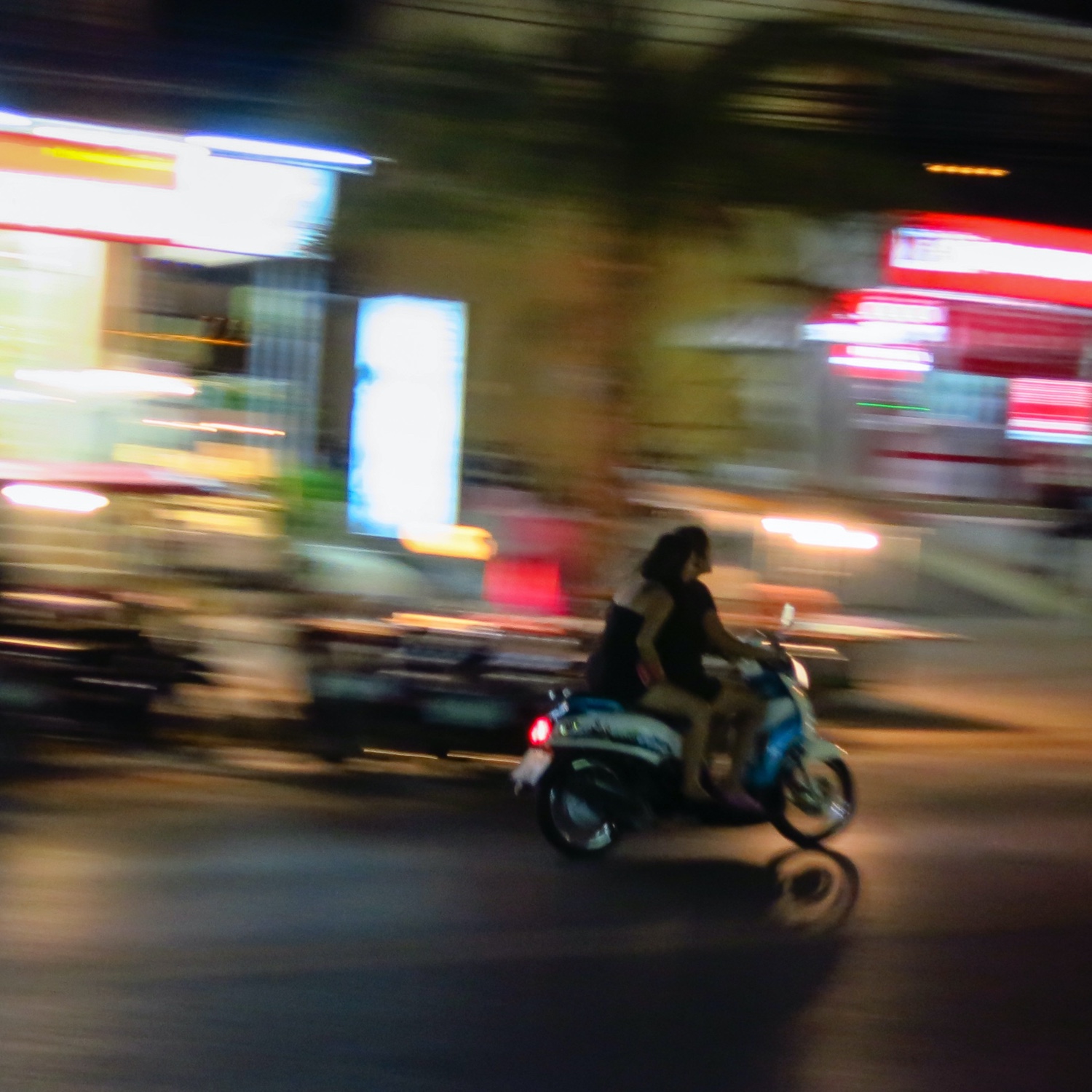 Scuba Diving at the Similan Islands

My roommate Andi. He’s been on over 450 dives and 500 skydives. He works for an airline and packs light. 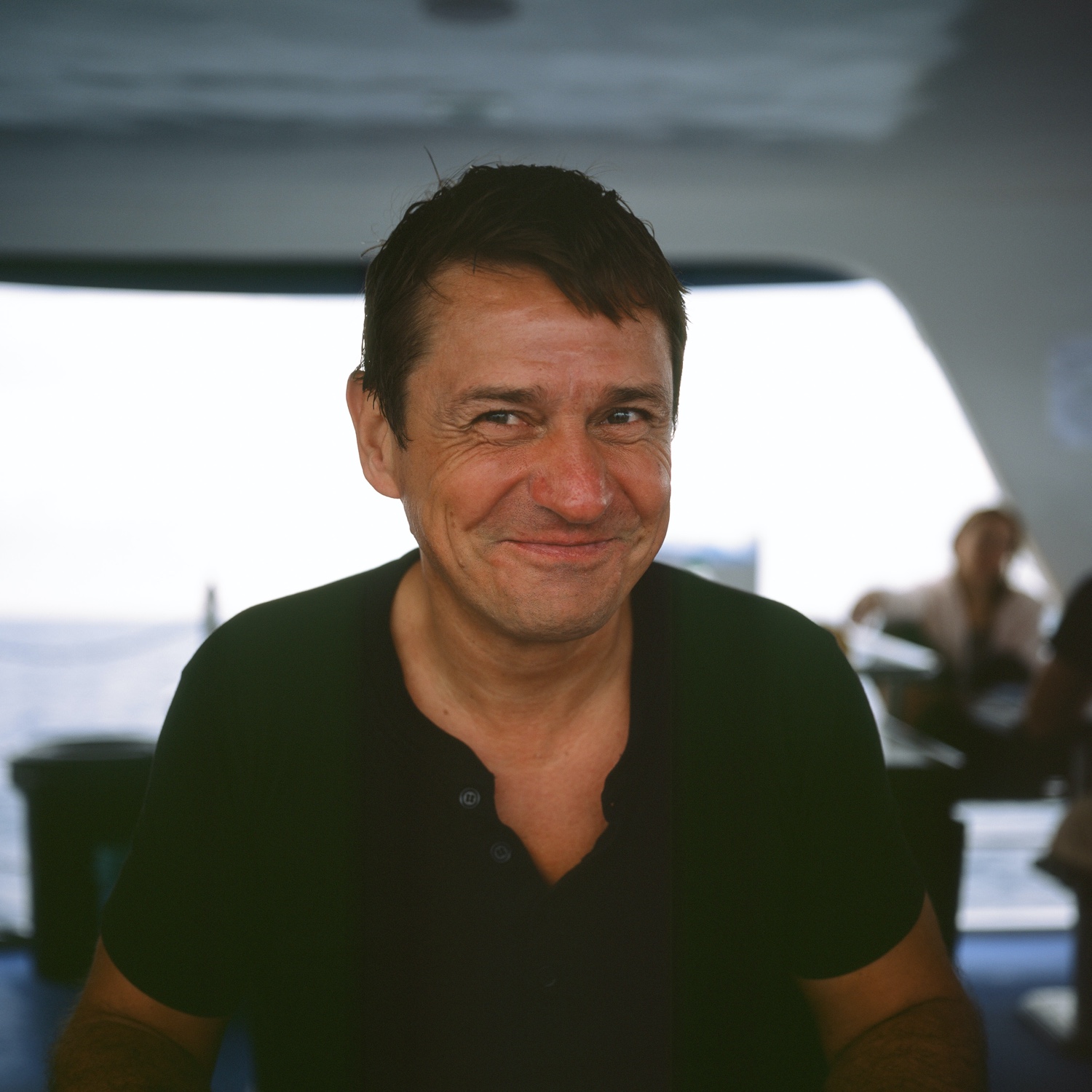 Divemaster Kwan, who had been on over 6,000 dives. 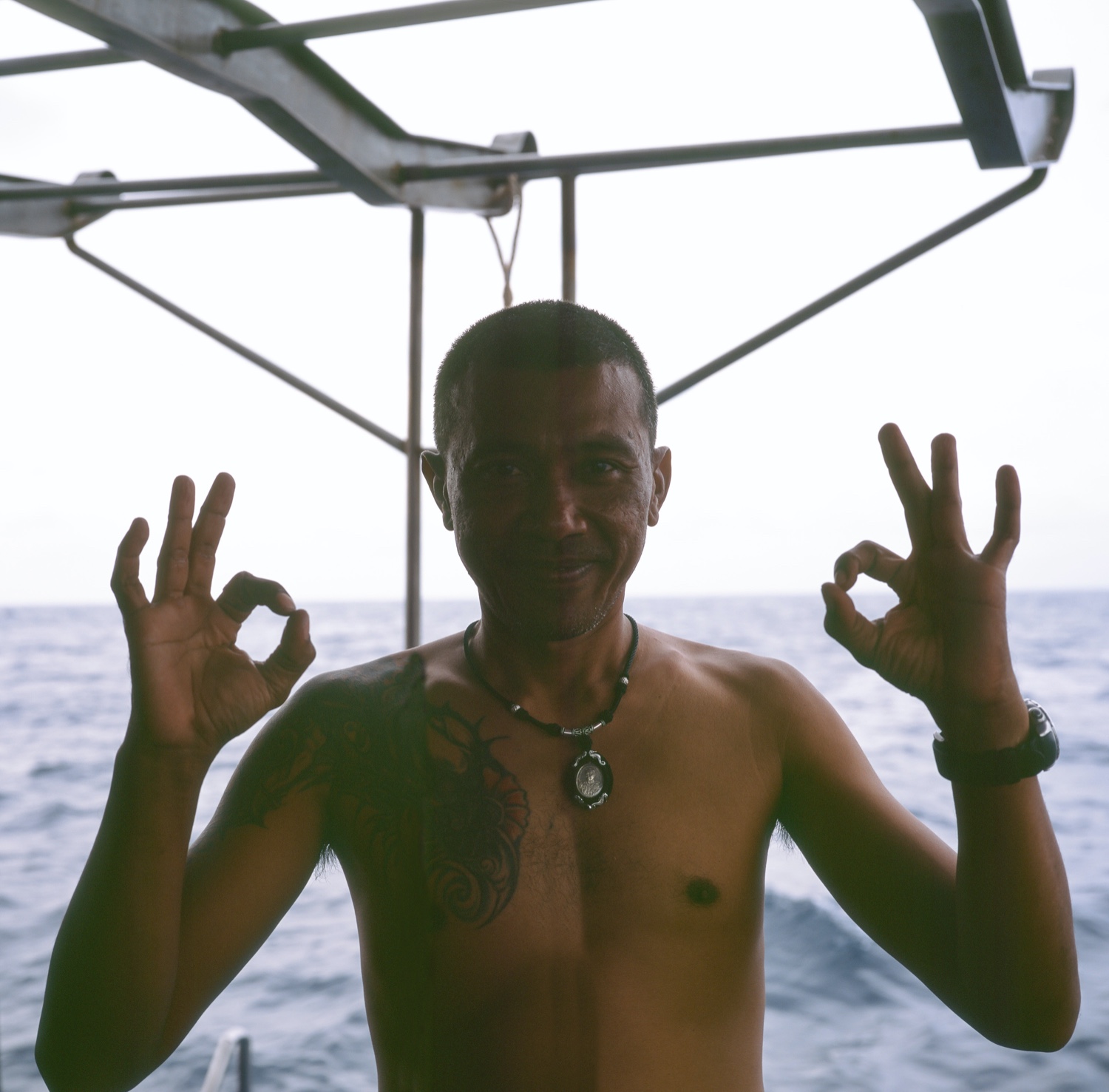 We stopped at the Similan Islands and took a boat ashore. 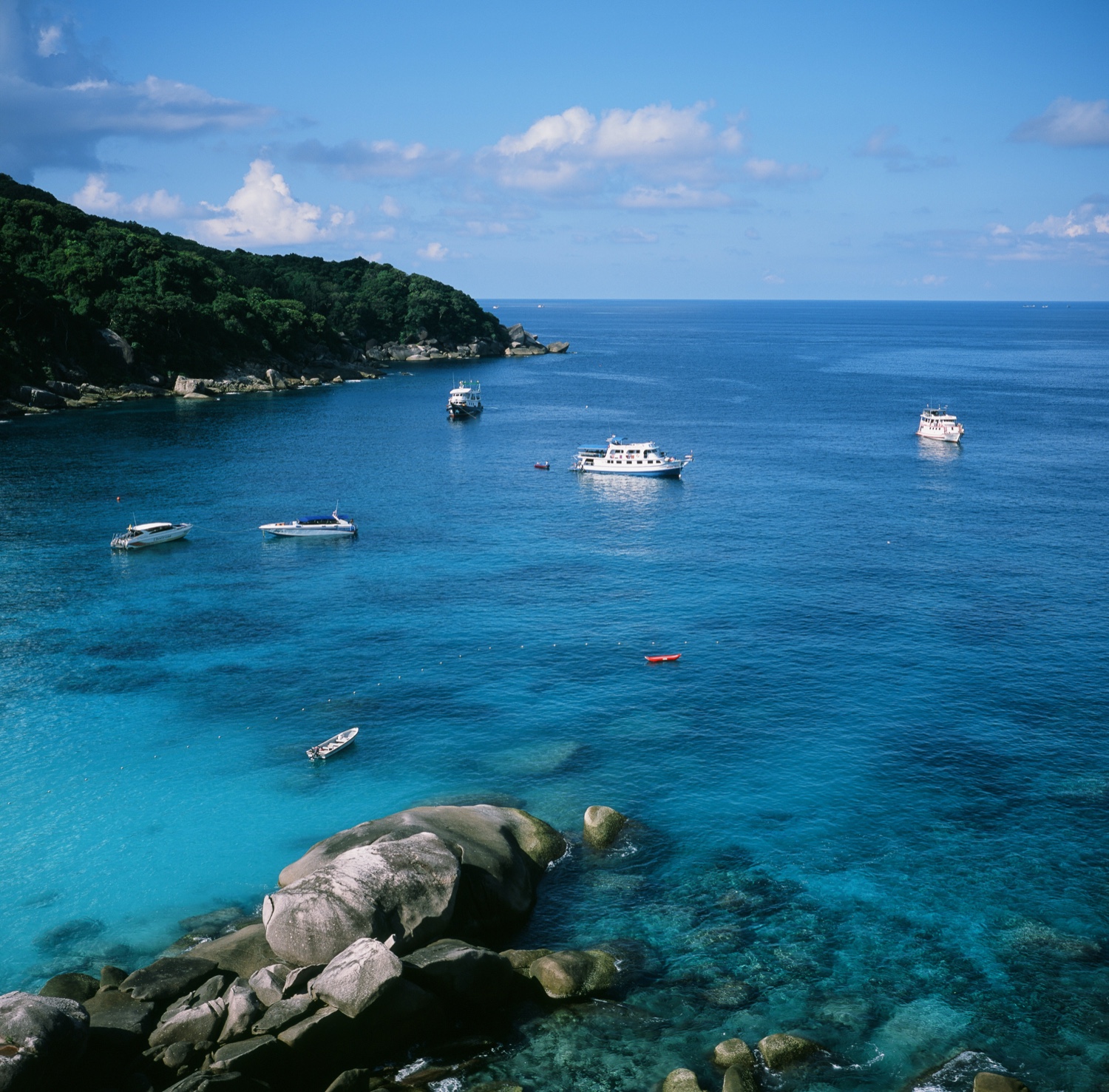 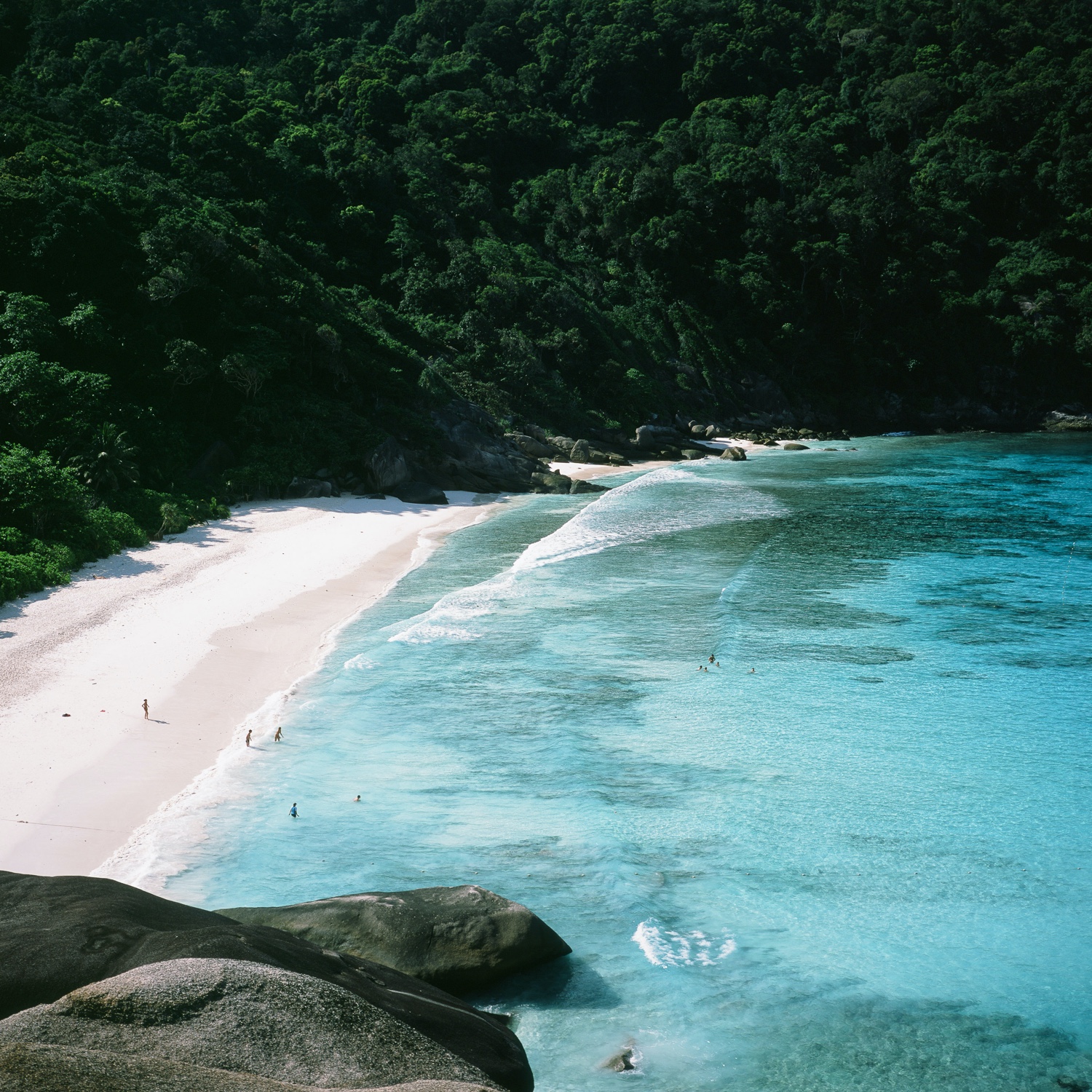 Morning in the Andaman Sea. 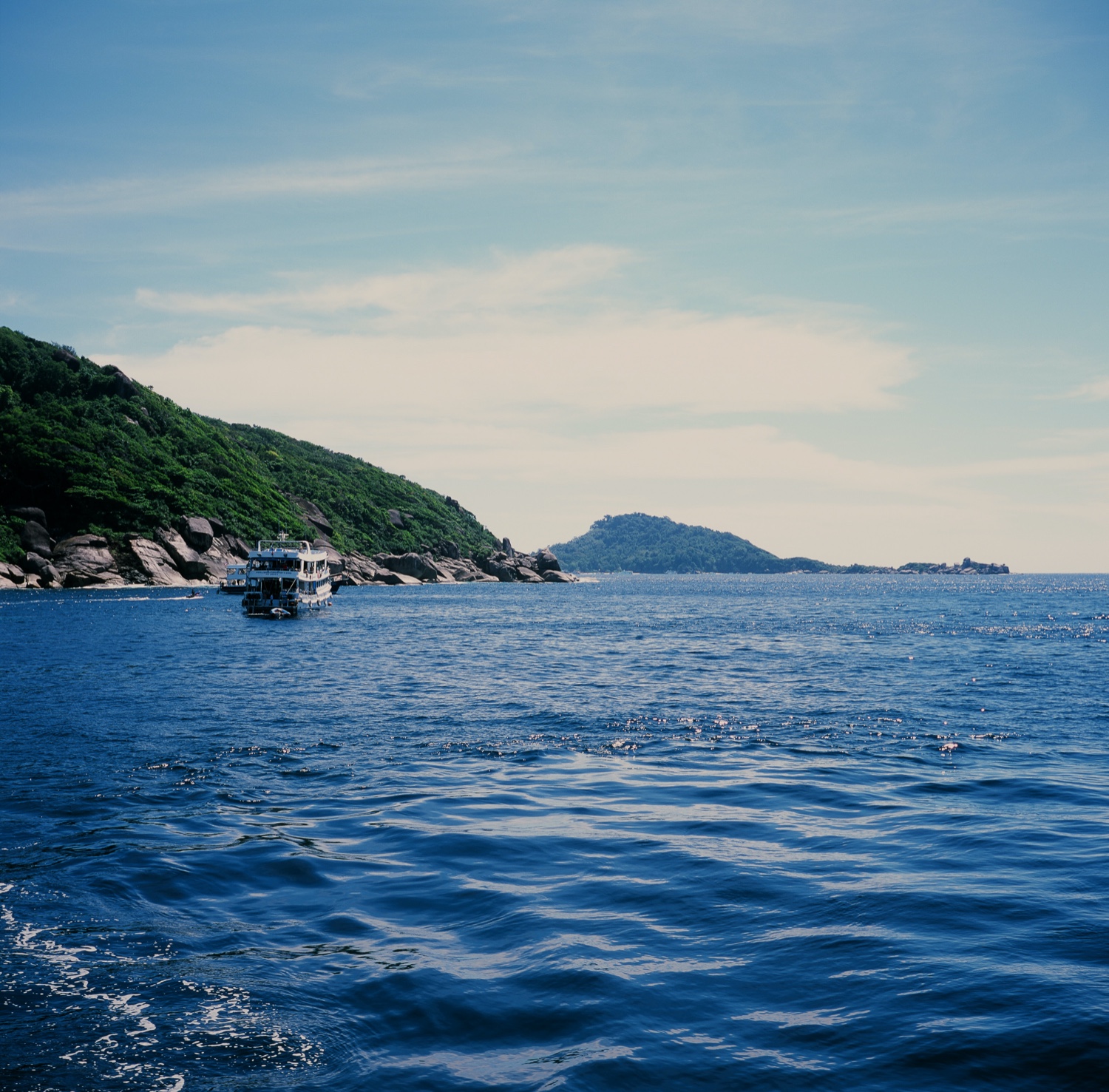 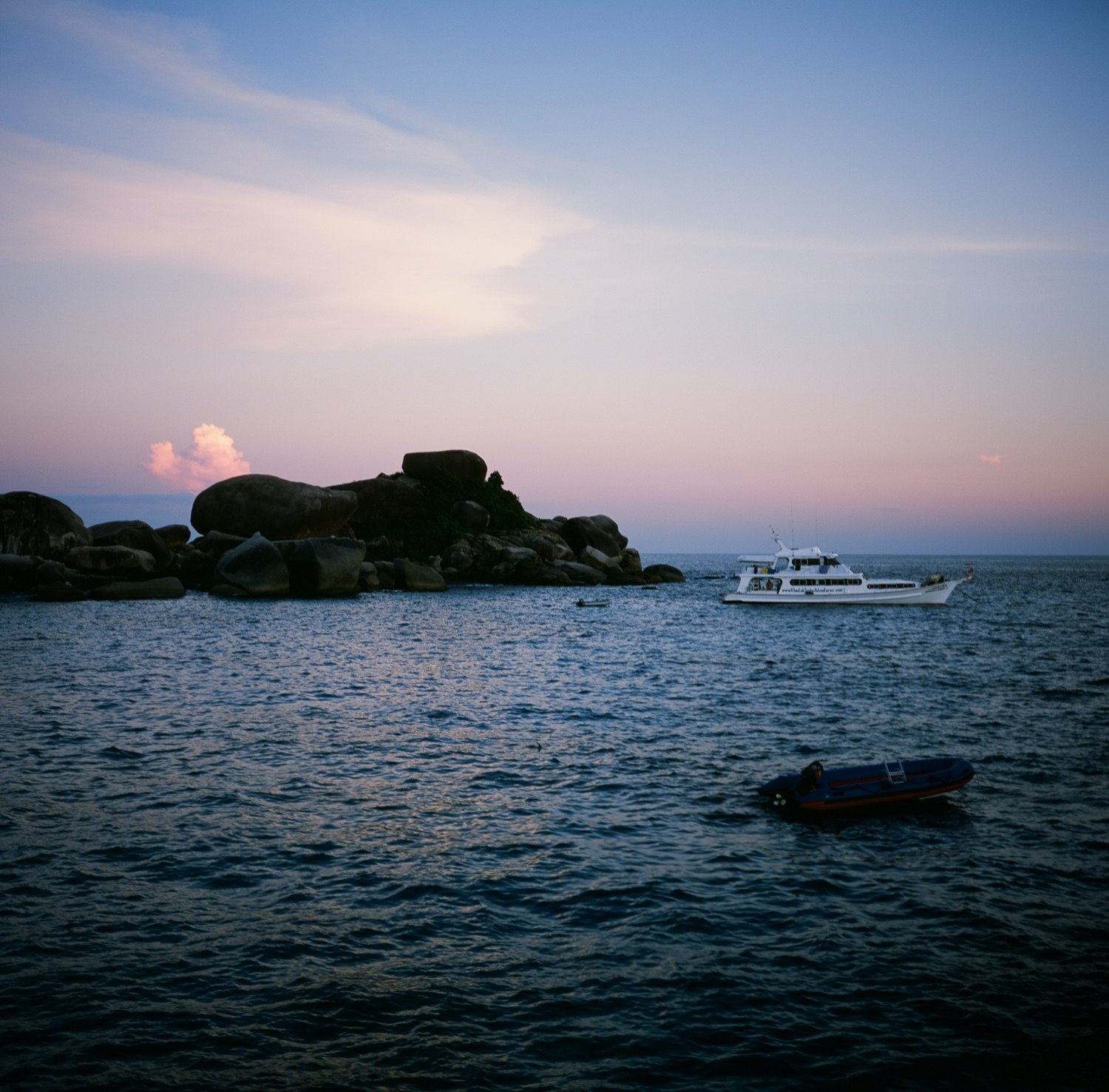