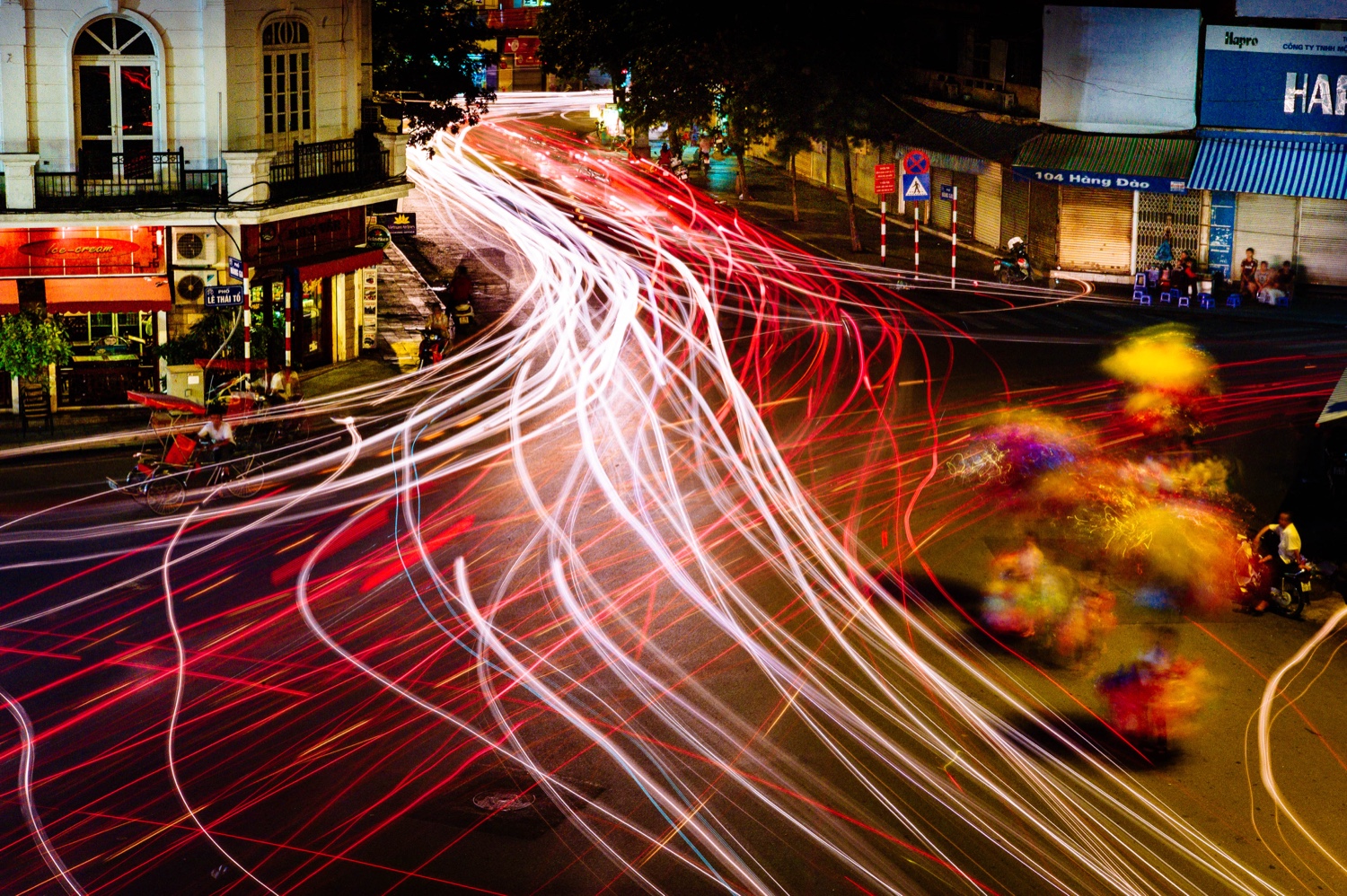 In Hanoi it’s hard to focus on anything but the motorbikes. Motorbikes parking fills the sidewalk, pushing pedestrians into the street, and once in the street motorbikes fill every space: flying down the street blaring a horn, sitting at the edge of the sidewalk forcing you further into traffic, or coming up the street in the wrong direction. 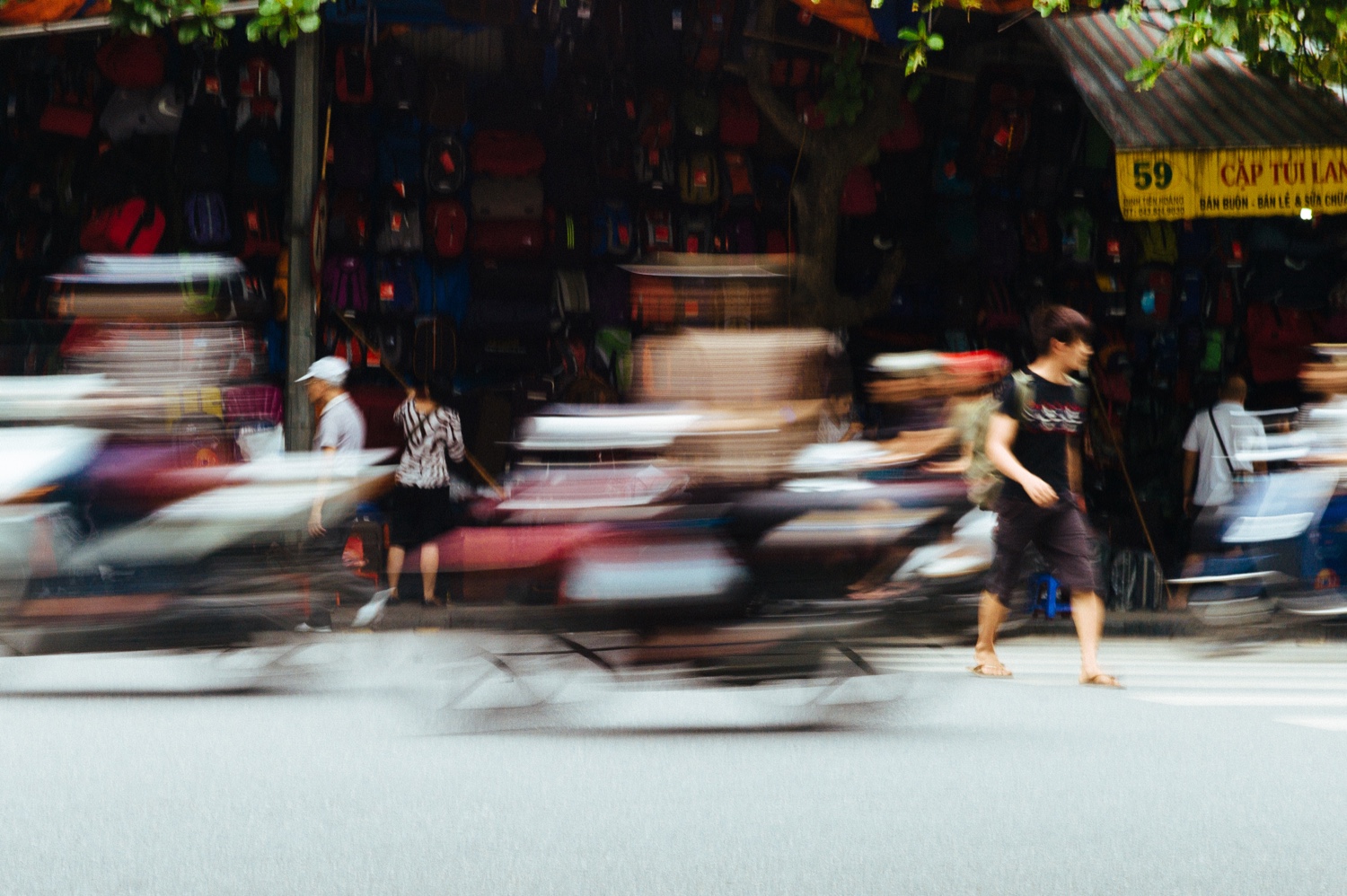 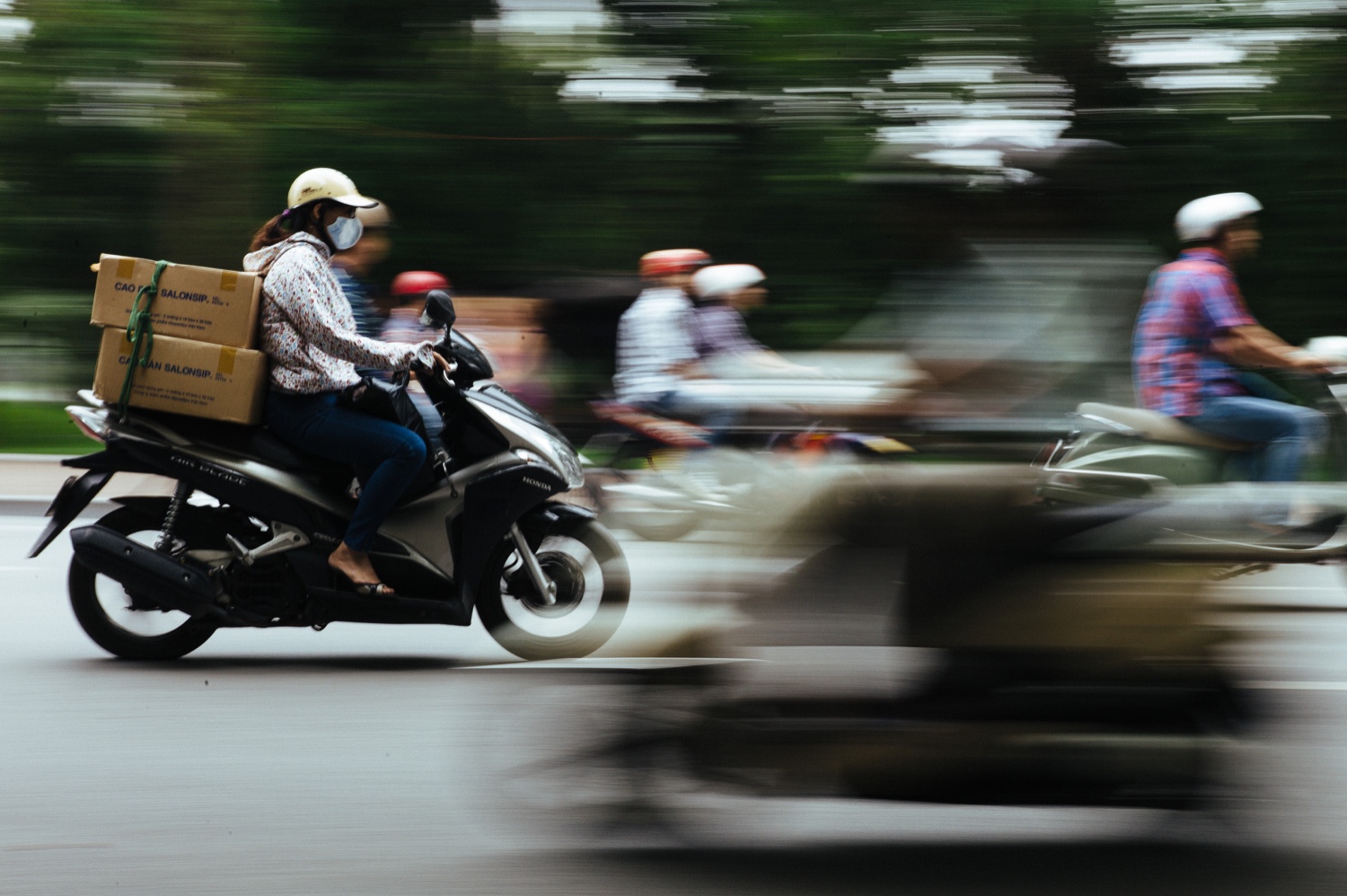 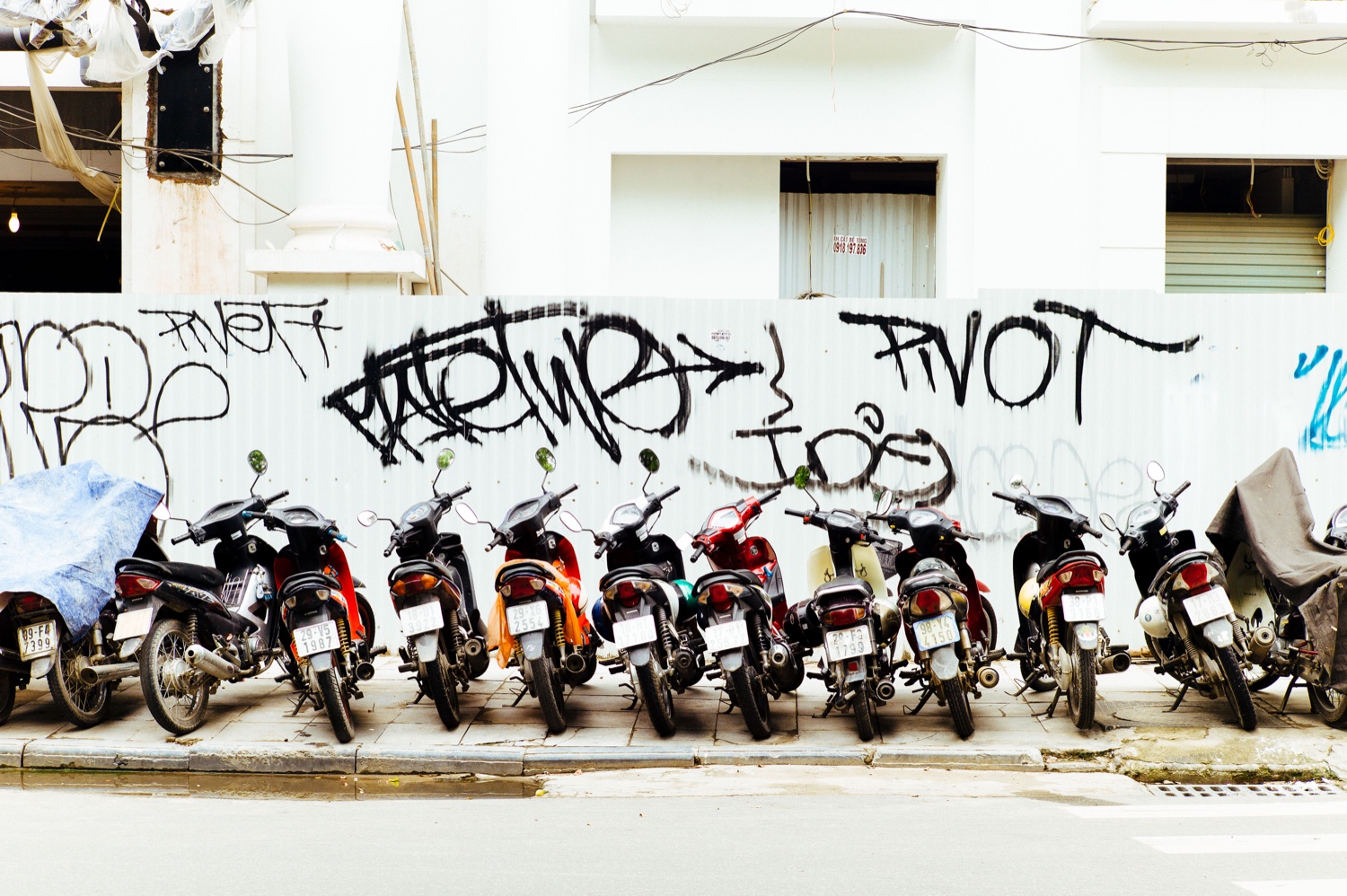 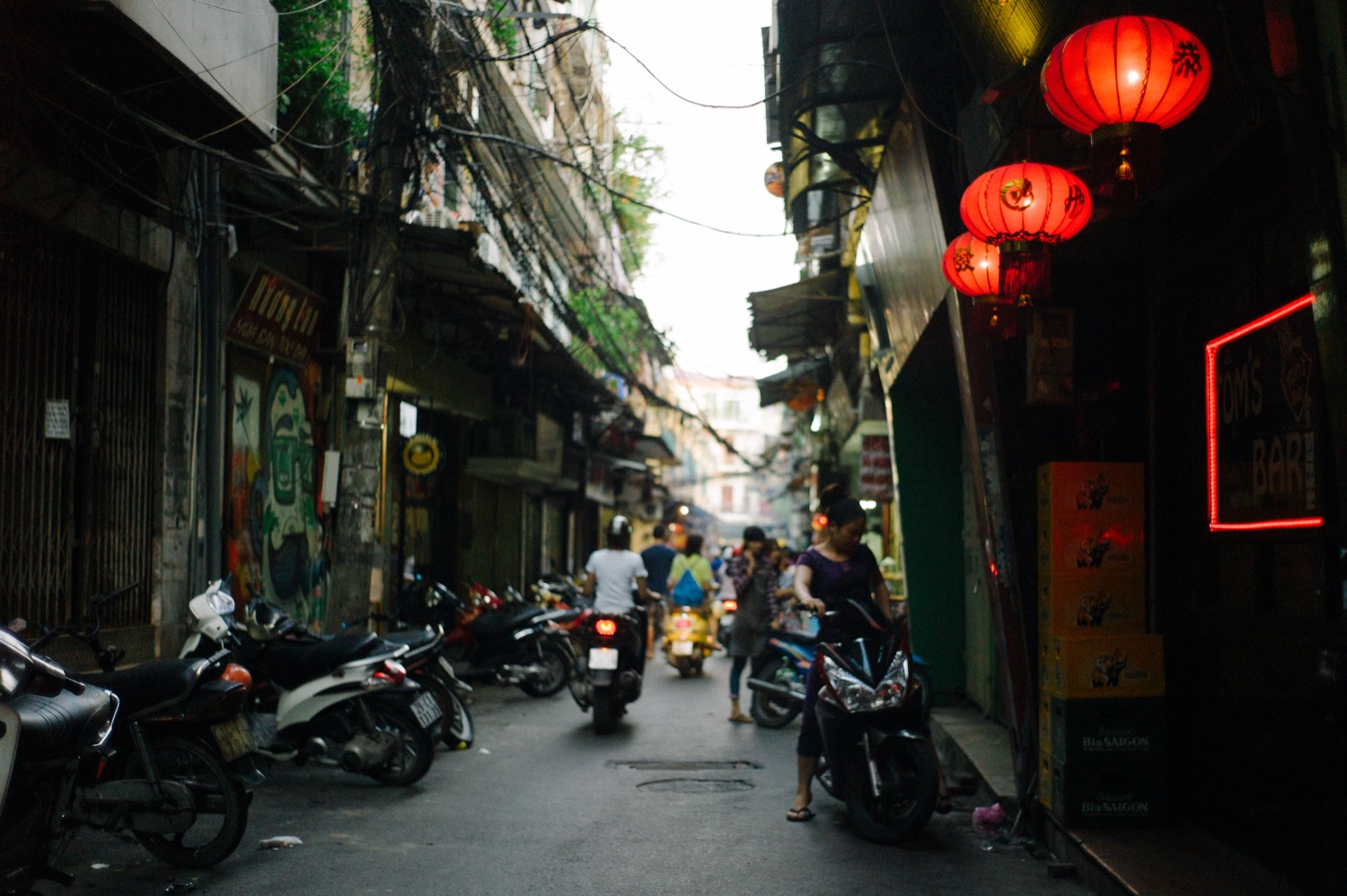 A local told me it’s easiest to think of the street as yet another sidewalk where everyone moves by motorbike. How do you navigate on the sidewalk? You only look in front of yourself and rarely behind. The same is true with motorbikes in Vietnam: on a bike in Vietnam your job is to avoid hitting the bike in front of you but you don’t need to care about the bike behind you. To cross the street you don’t look and you just walk into traffic. The bikes will flow around you.

This sounds insane but it works. Bikes move through intersections lacking traffic lights remarkably fast, swerving and second guessing each other’s moves until the route is cleared. Traffic flows like water around rocks.

Men sit on each corner offering their bikes as taxis and move huge freight through the streets on their bikes. Whole families go down the street on a bike together. As far as I saw the bike is the dominant mode of transportation in Hanoi1. 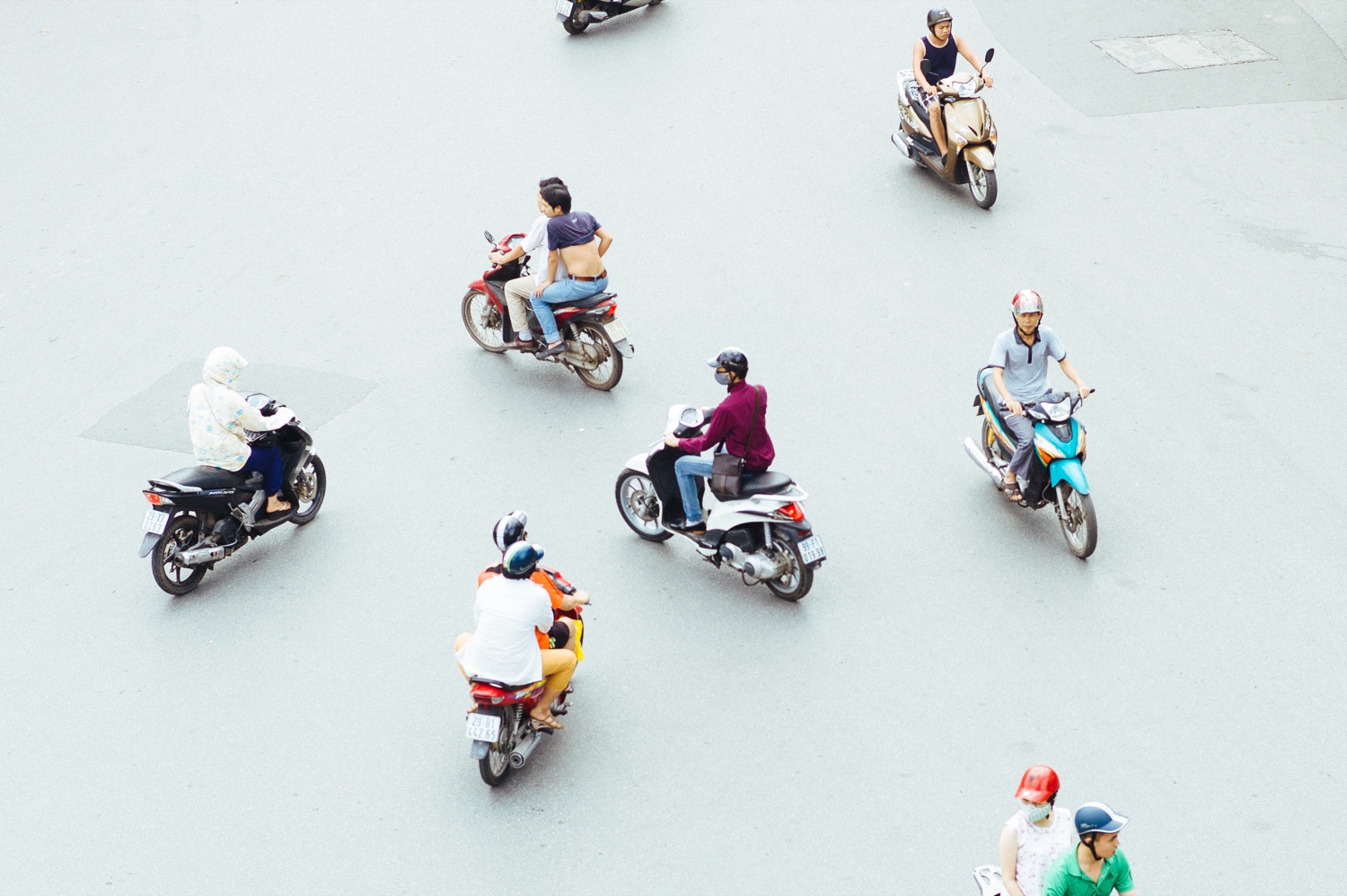 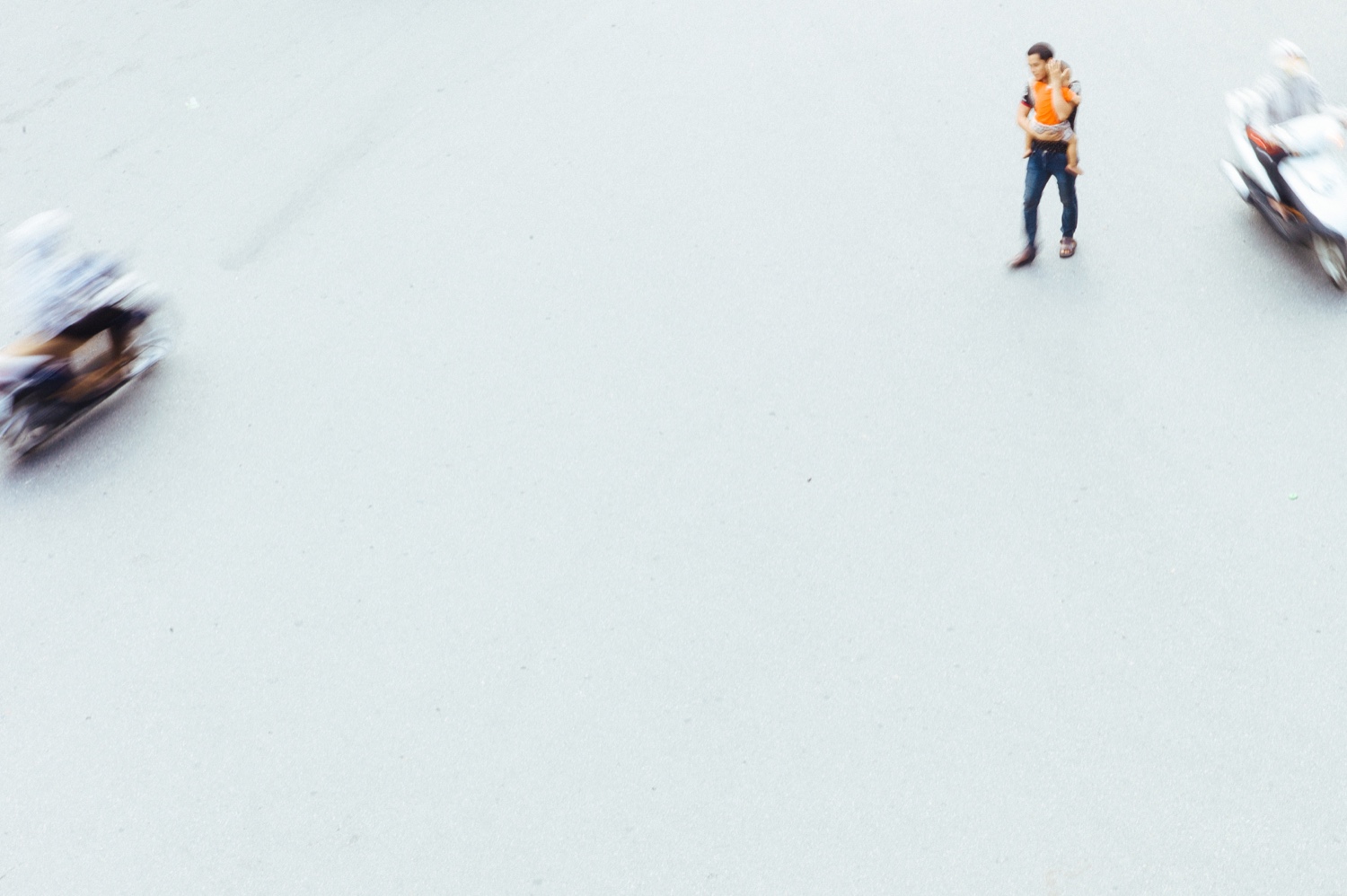 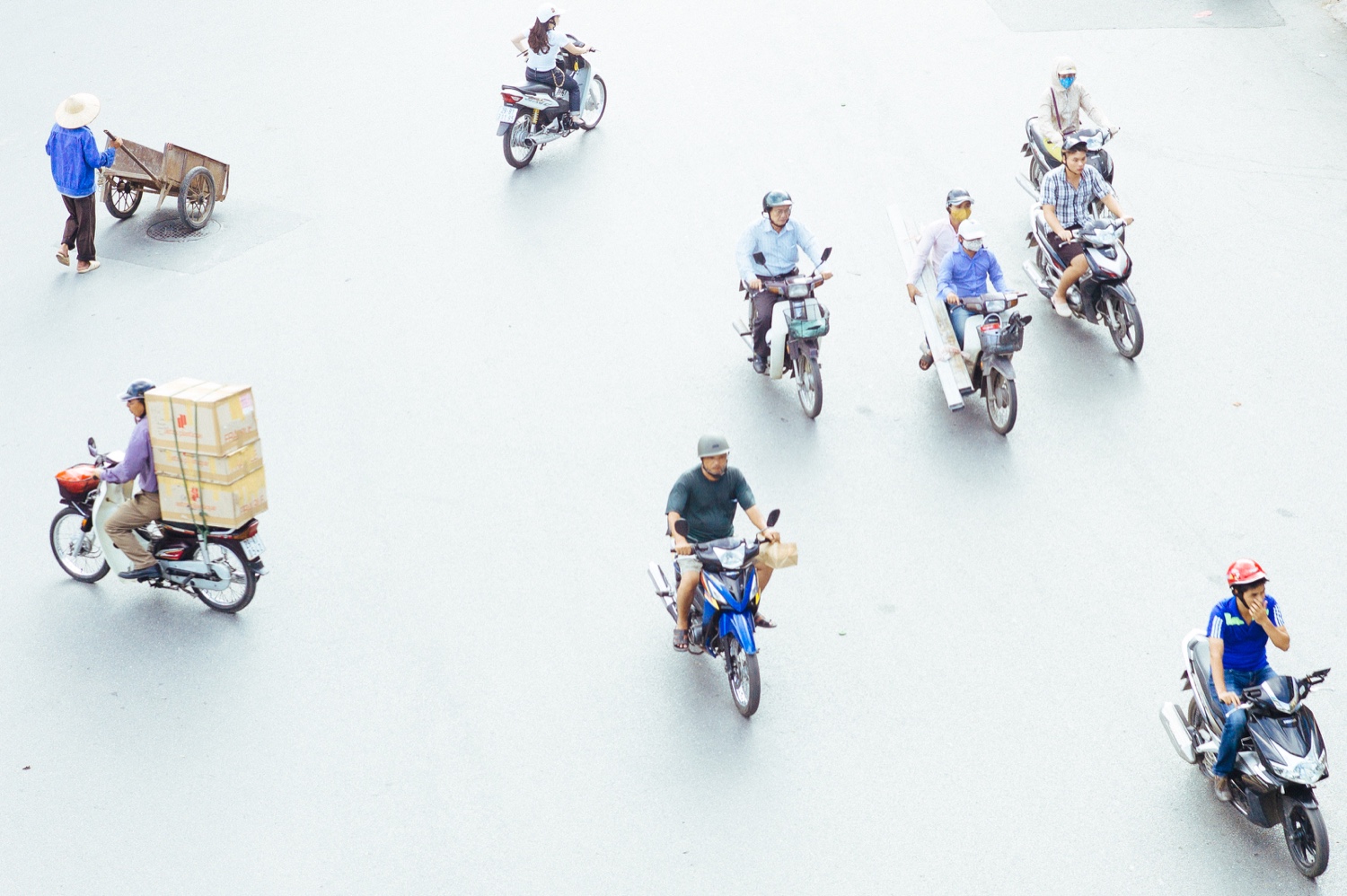 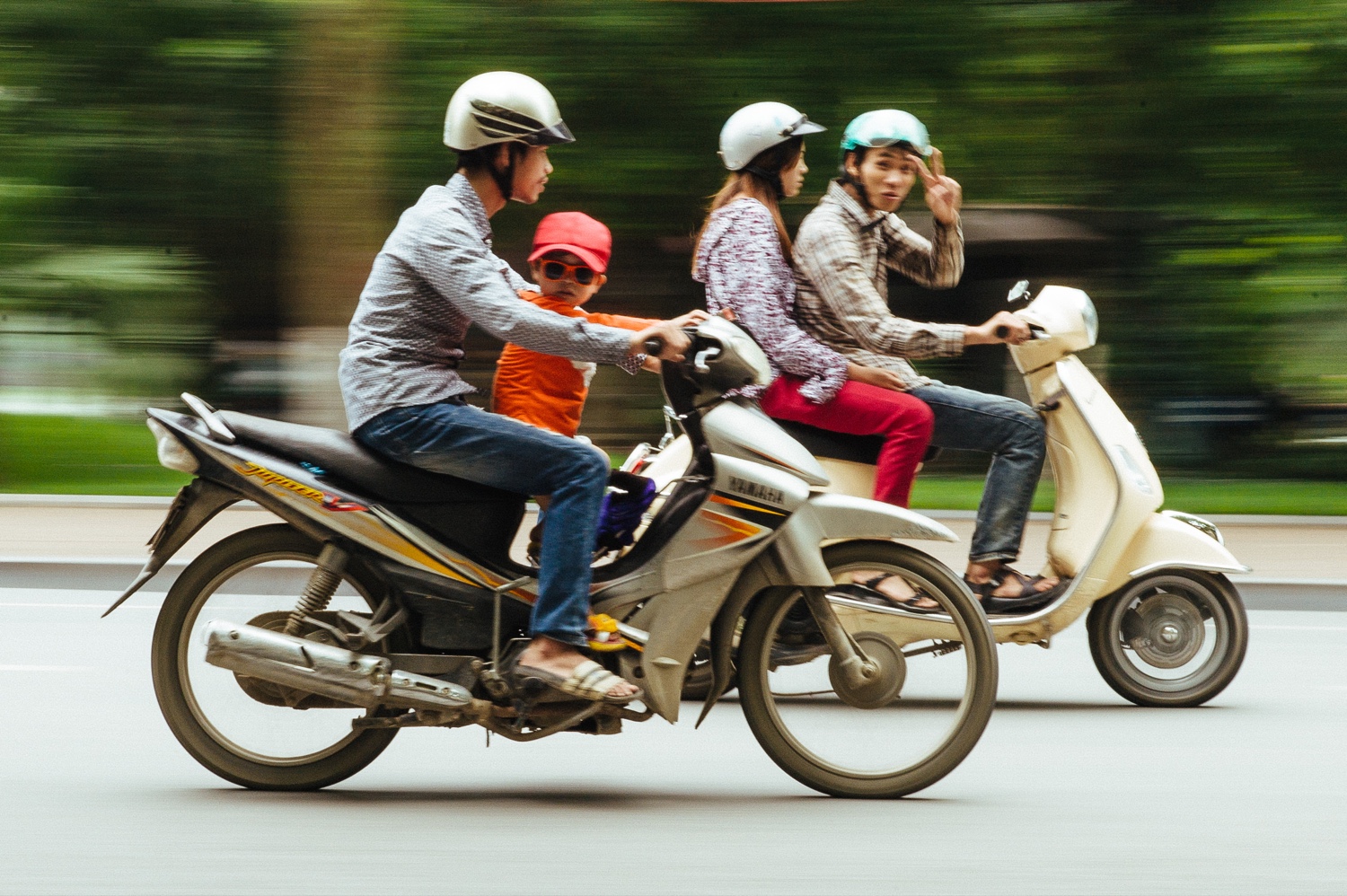 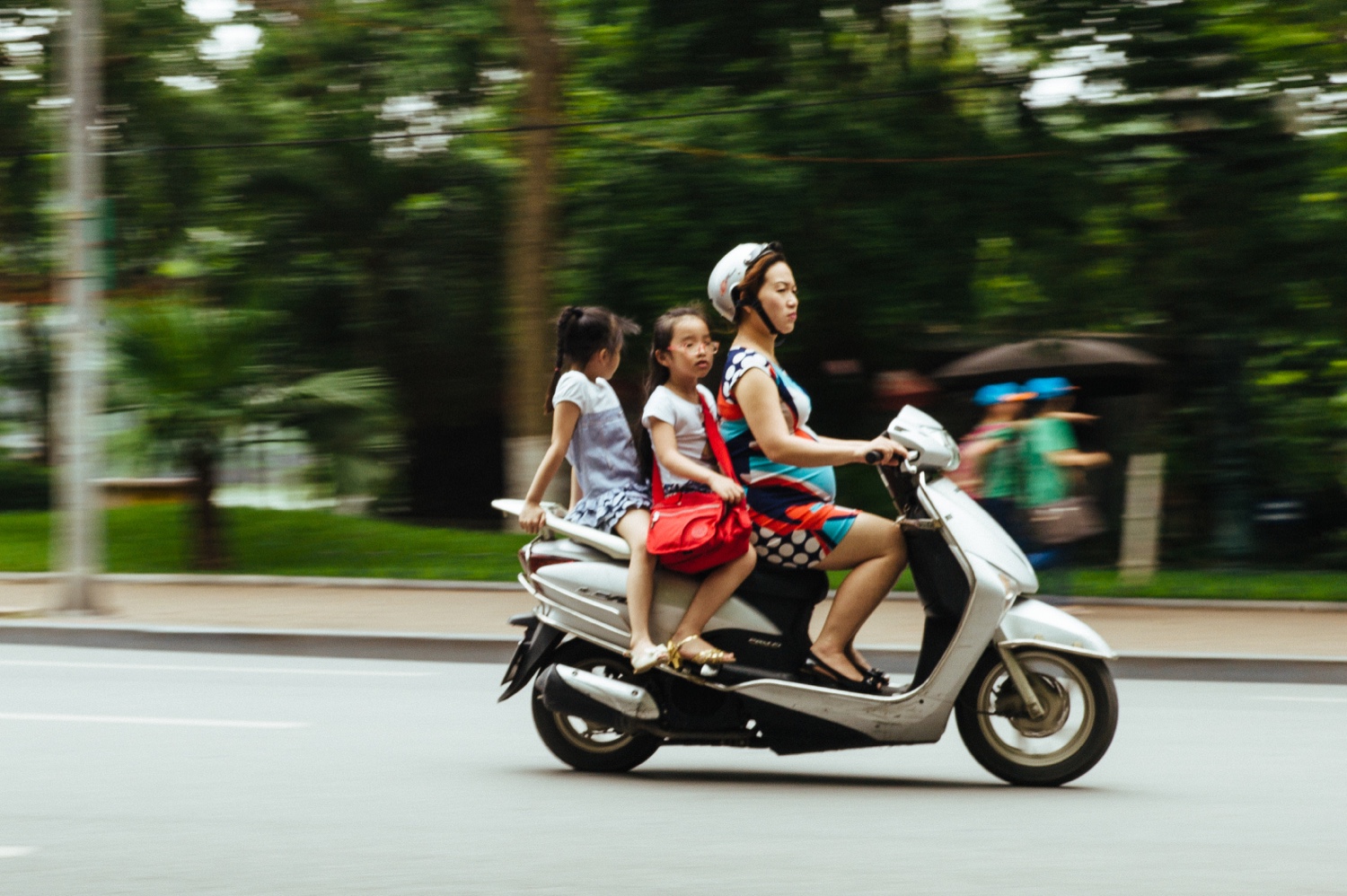 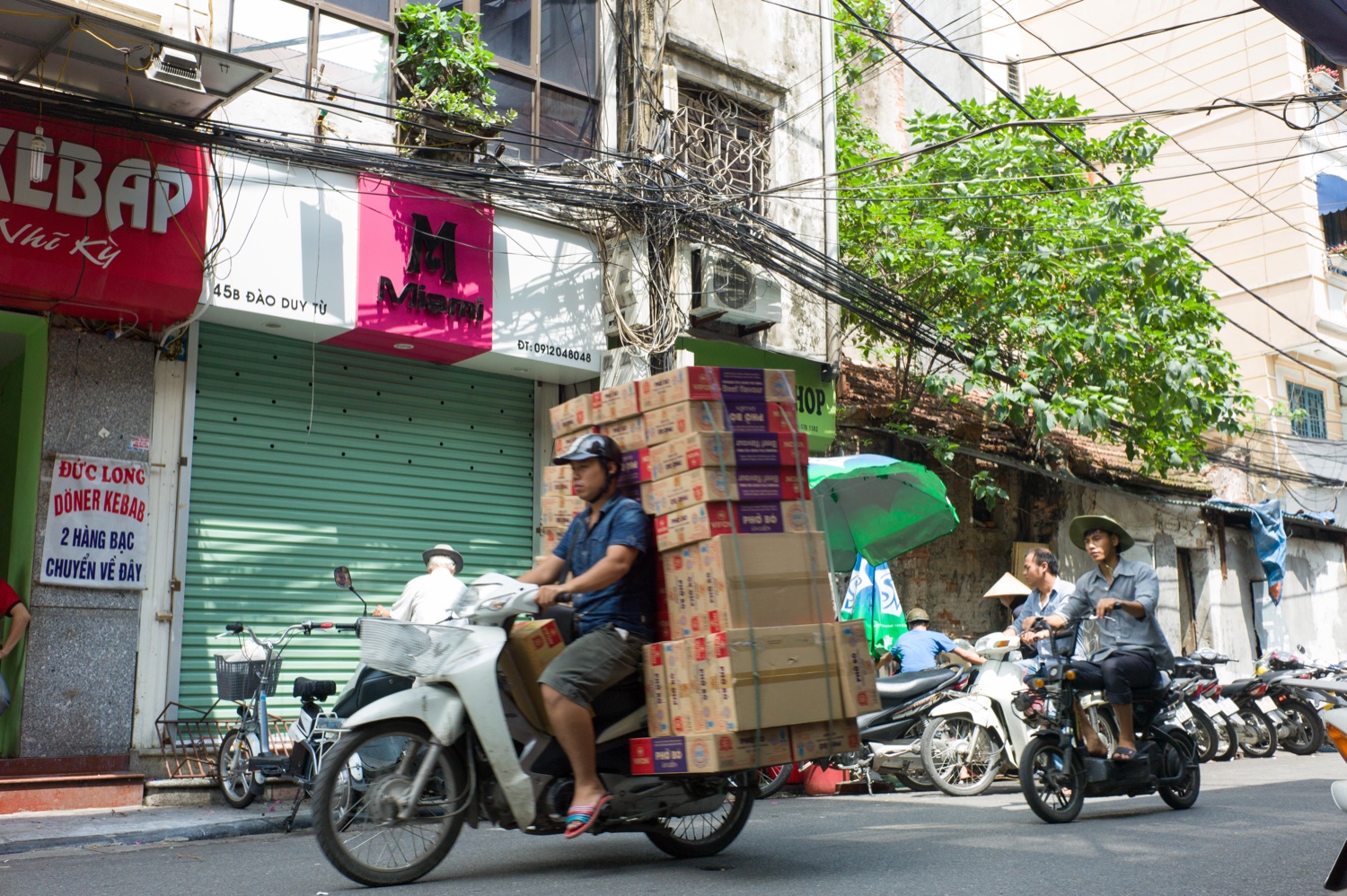 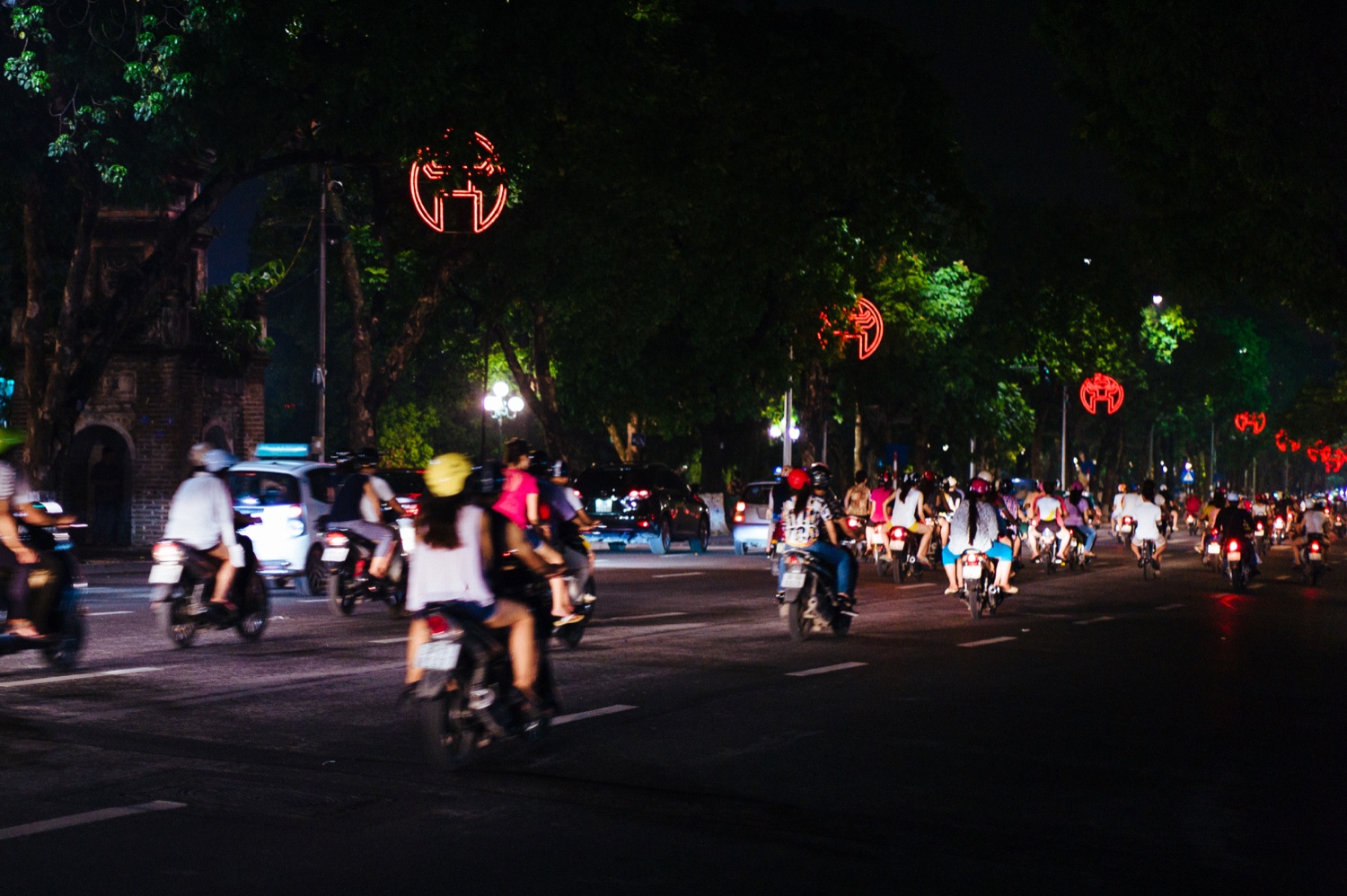 Having visually and mentally obsessed over motorbike culture for months now the idea of freedom of movement became an obsession of mine. I found a shop run by westerners and hired them to teach me skills classes at $5/hour. Having never riden a motorcycle before, the manual transmission felt surprisingly easy to lear. After just two hours of driving through the streets the westerners announced that I was ready to experiment riding in Hanoi through trial by fire. I was apprehensive, but they all insisted that this is how they had learned. So I went to rent a bike.

During my test drive I gassed the engine too much, let the clutch out too fast, and flew into the street. In an instant my hands reacted by squeezing the clutch, squeezing the front brake and, unfortunately, revving the gas. The engine roared. It sounded like the engine was about to spin apart. I was terrifed. For some reason instead of letting off the gas I let go of the clutch, the back tire burned out, the front wheel lifted off the ground, and the bike drove itself through the street in a wheelie while I tried to hold on. I fell, let go of everything, and the bike stopped on top of me.

A bunch of old Vietnamese men encircled me, turned off the bike, and made a “slowly release the clutch” motion with their left hands while smoking and laughing.

I decided that I don’t have the skills yet to safely ride a motorbike in Vietnam2. Since motorbike is clearly the best way to experience Vietnam I decided to leave and come back after more practice. 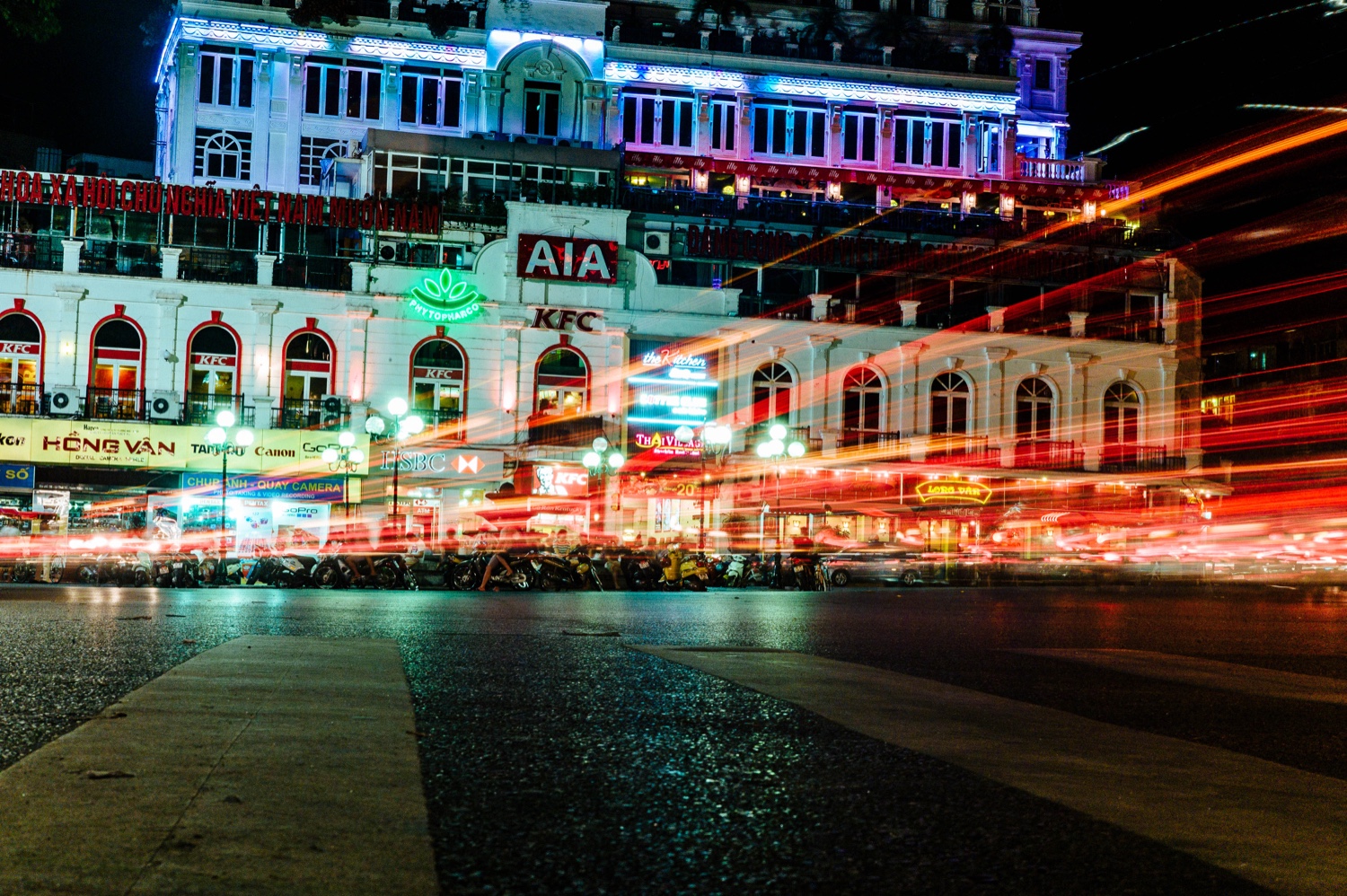